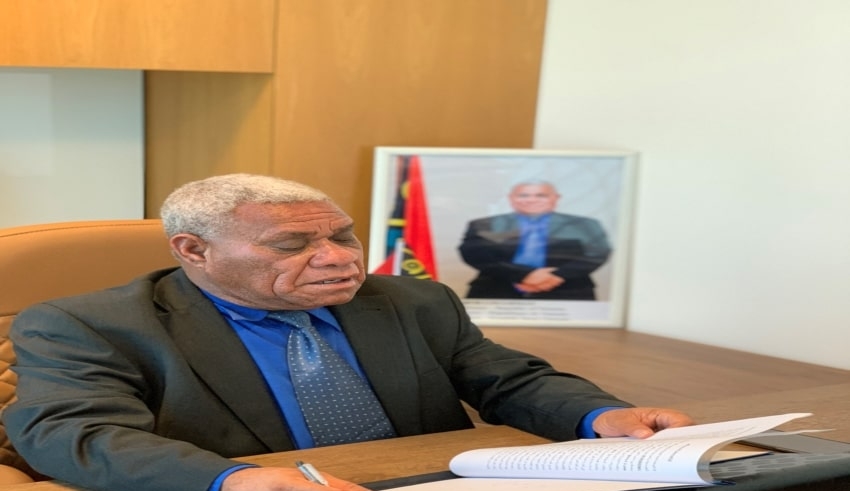 Vanuatu is one of the countries in the Pacific that has highlighted alleged human rights violations in Papua.

Vanuatu also supports the struggle of Papuan separatist groups such as the United Liberation Movement for West Papua (ULMWP) led by Benny Wenda.

Responding to these allegations, the Government of Indonesia said that Vanuatu was not a representative for Papua when conveying the right to reply for the allegation of human rights violations against Indonesia.

“You are not a representation of the Papuan people, and stop thinking about being one of them,” said Silvany Austin Pasaribu, a young diplomat representing Indonesia when exercising the right of reply at the UN General Assembly, Saturday, September 26.

Silvany also said that Vanuatu had an excessive and unhealthy obsession with how Indonesia should rule its own country.

Vanuatu every year in the UN General Assembly always touches the issue of alleged human rights violations experienced by the Papuan people.

The accusation made by Vanuatu is considered by Indonesia to deliberately echoed to support separatism.

“Indonesia will defend itself from all advocacy for separatism that conveyed under the guise of artificial concern for human rights,” said Silvany.

She also said that since 1945, Papua and West Papua are part of Indonesia which is a final decision and cannot be changed also has been strongly supported by the United Nations and the international community for decades.

Vanuatu itself is also considered not to have ratified international conventions on the elimination of racial discrimination and signed international treaties on economic, social and cultural rights, instead “lecturing” Indonesia on human rights issues in Papua.

“We call on the Vanuatu Government to fulfil your human rights responsibilities to your people and the world. So before you do that, please keep your sermons to yourself,” said Silvany.

Deputy Chairman of the House of Representatives, Azis Syamsuddin, assessed that the statement accusing Indonesia of committing human rights violations in Papua seemed to disrespect the sovereignty of the Republic of Indonesia and was inappropriate and unethical.

“Seeing the recurring behavior of Vanuatu, the Prime Minister of Vanuatu needs to understand Indonesia’s geography, geopolitics, and geostrategy as regulated in international relations norms and laws,” Azis said in a written statement, Monday, September 28.

He said that Papua is a significant part of the Republic of Indonesia and has affirmed in the United Nations Resolution Number 2504 (XXIV).

Azis admits that he is confused by Vanuatu’s attitude, which has often raised the issue of Papua since 2016, and has asked Vanuatu to learn ethics from the ASEAN concept so won’t intervene and accusing fellow sovereign nations.

Azis also appreciated the actions of the Indonesian diplomat, Silvany Austin Pasaribu, who gave the right to reply to Loughman’s statement.

“If the Prime Minister of Vanuatu does not want to be humiliated by young Indonesian diplomat, then Vanuatu must begin to learn to respect Indonesian norms,” he said.