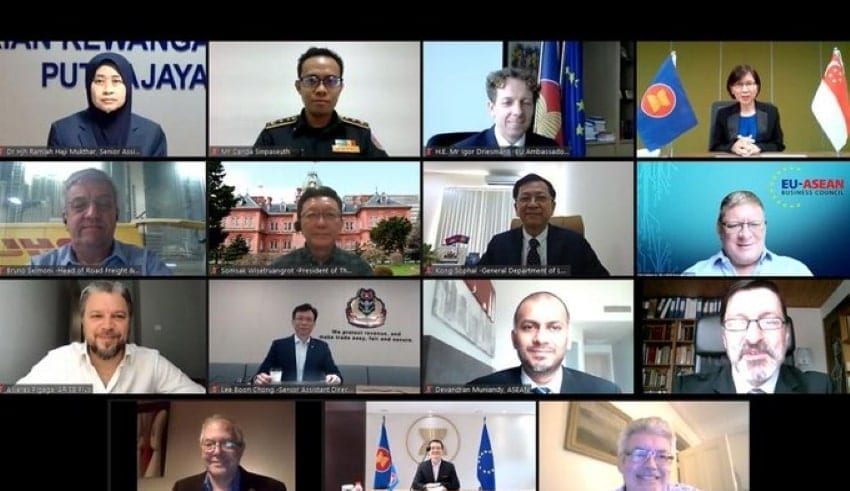 ASEAN Member States are speeding up their economic integration by mitigating intra-Asian trade challenges and accelerating the seamless trade of goods by road (ACTS).
(C) The Straits Times

To streamline cross-border customs procedures, the ACTS was established with the goal of accelerating land transit movements and reducing the time and cost of regional trade in goods.

The broader objective is to reduce the complexities of intra-ASEAN trade and enable businesses to profit more from the ASEAN Economic Community (AEC) and the free movement of goods in the ASEAN region.

Today marked the launch of the ASEAN Customs Transit System, supported by the EU. ACTS requires only ONE electronic declaration, ONE guarantee, ONE truck for the entire journey. The system is the result of many years of outstanding work by #ASEAN and EU through the ARISE Plus. pic.twitter.com/mqJ6P5viOl

The 37th ASEAN Summit was held earlier this month and a strong example of ASEAN’s commitment was seen by the live execution of the ACTS, which was introduced on Nov 2.

Dr Ramlah Mukhtar, senior assistant director of the Royal Malaysian Customs Department, said that pilot tests were taken between January and October 2020 to determine how Cambodia, Laos, Malaysia, Singapore, Thailand and Vietnam could use components under the ACTS.

“Myanmar will join the system in 2021 and we foresee Brunei, the Philippines and Indonesia joining later and their participation will be included in the enhancement of the ACTS application and system,” she said at today’s official launch of ACTS during a virtual press conference.

The system is operated by a permanent ACTS Central Management Team based in the Jakarta ASEAN Secretariat, with funding from the ARISE Plus program supported by the European Union.