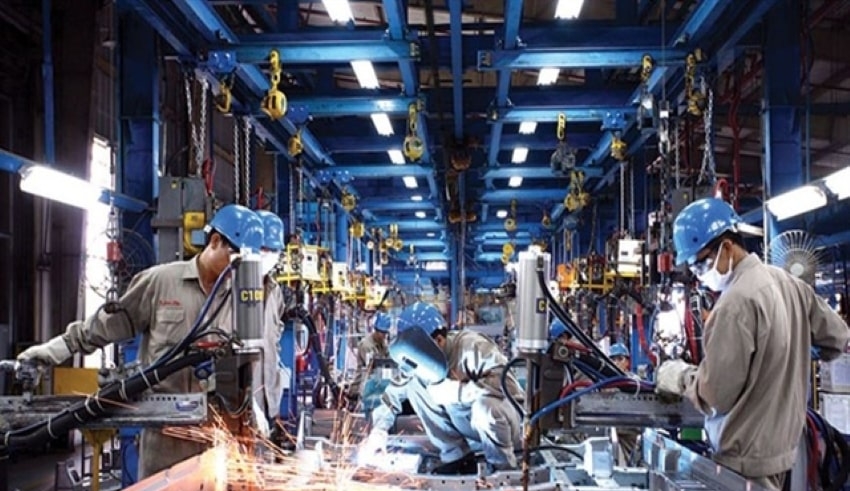 The index of industrial production (IIP) increased by 9.9 per cent during the first five months of the year over the same period of last year.
(C) vietnamnews

On the other hand, some industries recorded a decrease like the Crude oil and natural gas exploitation which fell by 11.5 per cent, print, copy records of all kinds 5.1 per cent, hard coal and lignite mining 3.8 per cent, drainage and waste treatment 1.6 per cent and the production of coke and refined petroleum products which dropped by 0.4 per cent.

As such, the industry of mining fell by 6.4 percent on a month-on-month basis while by 9.8 percent on a year-on-year basis, whereas, processing and manufacturing rose by 2.6 percent and 14.6 percent respectively. Electricity production and distribution grew by 12 percent year-on-year and the water supply, drainage, and waste treatment rose by 6.8 percent.