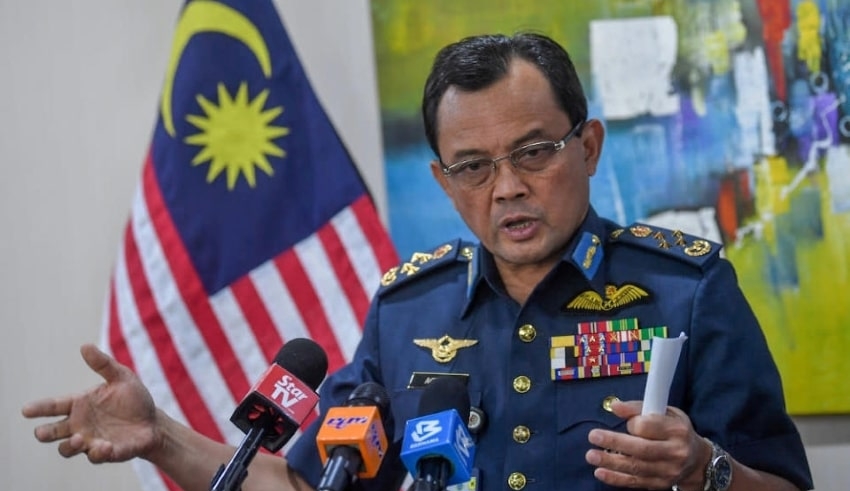 Security veteran’s group disapproves of the federal government’s delayed response yesterday when China intruded into the Malaysian airspace. The group said that Malaysia should have responded with the strongest diplomatic response.

In conjunction with the reported intrusion of 16 People’s Liberation Army Air Force (PLAAF) into the Malaysian Maritime Zone (MMZ), Patriot said that this violation of Malaysia’s sovereign territory is only the latest intrusion of China among its long line of violations.

According to Patriot, the federal government does not seem to view the intrusion of China with appropriate gravity since the government only issued an official response following the public announcement of the Royal Malaysian Air Force (RMAF) regarding the intrusion. “Otherwise, a senior minister of the National Security Council or the foreign minister should have already issued a statement within hours of the incident to register our strongest protest.

“Along with the strong statement of protest, a marching order for China’s Ambassador should have been issued,” Patriot said in a statement. Apart from that, Patriot also pointed out that the 16 air force planes from China had flown between 23,000 and 57,000 feet which is usually the altitude used for civil and commercial flights.

A representative group of the retired security personnel noted that this incident could have put any civilian aircraft within the area in danger, especially the planes who are flying between KLIA and Kota Kinabalu which is the intersection of the flight path used. Patriot strongly indicated that the government should issue the strongest protest to demand an official apology from China and nothing less, as China has refused to acknowledge the sovereignty of Malaysia.

The group also stated that since this intrusion was both a violation of Malaysia’s sovereignty and national pride, depending on China for some Covid-19 vaccines is not the most important matter anymore. It has been verified by RMAF chief Gen Tan Sri Ackbal Abdul Samad yesterday that 16 PLAAF aircraft had flown towards the national airspace over the MMZ on May 31. As stated by the air force marshal, the RMAF Air Defense Radar from Sarawak’s Air Defense Centre detected the flight.

The RMAF had scrambled its own jets in order to intercept the identified PLAAF military aircrafts. The Foreign Affairs Minister Datuk Seri Hishammuddin Hussein stated that the nation will then issue a diplomatic note to China concerning the intrusion incident.