The Asian Affairs > Latest News > Health > What types of exercise are designed to minimize the risk of dementia? 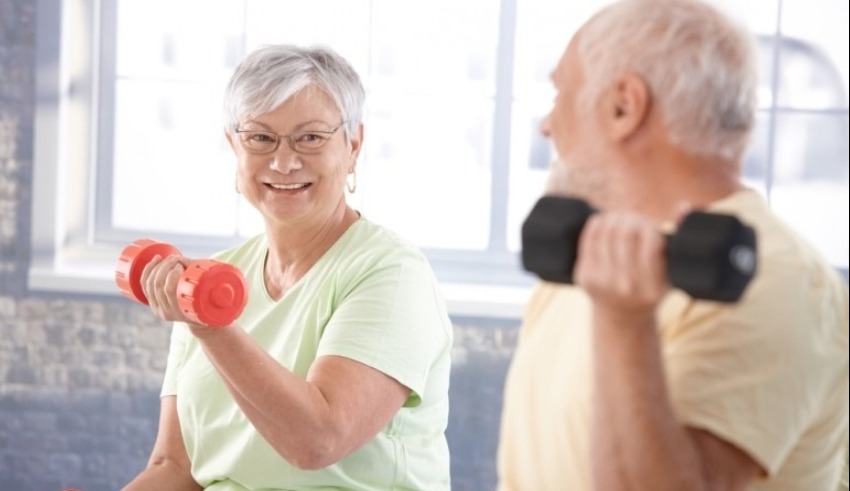 "Your brain is part of your body and is going to benefit from anything you do that is good for your overall health," Dr. Weintraub professed to stay active.
(c) Brain Blogger

Exercise was thought by many knowledgeable people to offer some degree of protection against the onset of dementia. Nevertheless, despite the fact that they had noticed a general pattern of decreased risk, studies on the topic had been limited – and often contradictory – with little consensus on the kind of exercise, the frequency of exercise, or the intensity of exercise that would be beneficial.

According to Dr. Joel Salinas, an assistant professor of neurology at New York University’s Grossman School of Medicine who specializes in the treatment of persons with dementia, “there’s no very obvious prescription that we can provide for physical activity.”

However, three significant long-term studies that were published in the past few months have attempted to characterize the types, intensities, and durations of physical activity that give the highest overall protection against dementia. These studies, which followed thousands and even hundreds of thousands of people for years at a time, demonstrate that regular physical activity, which can take the form of a variety of different things, has a considerable role in lowering the chance of acquiring dementia.

Even non-traditional forms of exercise, such as doing household tasks, can offer considerable health benefits. Vigorous exercise appears to offer the most advantages. Surprisingly, its efficacy in lowering the risk of dementia in people whose families have a history of the condition is comparable to that of the general population.

In the first study, which was conducted and published on July 27 in the journal Neurology, researchers analyzed the health information of 501,376 participants who did not have dementia who were included in a database in the United Kingdom called UK Biobank. Their goal was to determine whether or not there was a correlation between physical activity and the risk of developing dementia.

The participants in the study were asked to fill out in-depth questionnaires regarding their participation in various types of physical activities at the beginning of the research project. These activities included climbing stairs, playing sports, and walking. Participants were also asked if they regularly walked or rode their bikes to work. They were also questioned regarding a variety of lifestyle aspects, such as the frequency with which they completed chores around the house.

According to Dr. Song, one of the most significant limitations of earlier studies was that “the definition of physical exercise is rather poor. Some people look at the overall amount, while others only concentrate on one kind of activity.” The British questionnaires provided a level of precision regarding the actual activities that individuals were partaking in on a consistent basis.

During the 11 years that the participants were monitored, a total of 5,185 cases of dementia were identified. The people in the study who engaged in regular, strenuous activity, such as playing sports or working out, had a risk of acquiring dementia that was 35% lower than those participants who did not engage in such activity. People who reported routinely completing domestic duties also enjoyed a considerable benefit; they had a 21 percent lower probability of developing the condition. This finding came as a surprise.

Pfizer and BioNTech, sued by Moderna for copying their COVID-19 vaccine

According to Dr. Sandra Weintraub, a neurologist from the Feinberg School of Medicine at Northwestern University who was not involved in this study, “some folks work up quite a sweat when they are doing home tasks.” It’s possible that if you do three hours’ worth of housework, you’ll get the same health benefits as if you did thirty minutes’ worth of aerobic exercise.

The findings lend credence to the notion that engaging in moderate to vigorous physical activity on a regular basis can improve one’s brain health. Dr. Salinas, who advises patients to strive for 150 minutes of moderate to high-intensity exercise per week, believes that the findings bolster the idea that such activity is beneficial. He stated that making this routine of physical activity a part of your life “is likely to have a very profound synergistic effect.” When it comes to assisting in the process of promoting your own health, “you get a lot more bang for your buck by engaging in physical exercise.”

Even more encouragingly, the relationship between physical exercise and a lower risk of dementia extended to those who had a family history of the condition, which was one of the primary objectives of the study.

According to Dr. Song, “it is really essential to know that you can minimize your risk of dementia by engaging in physical exercise even if there is a history of dementia in your family.”

The second study, which was completed and published in early August in the journal Neurology, looked at 38 different studies to see which pastimes were linked to a lower chance of developing dementia. Over the course of the trials’ combined duration of at least three years, more than two million participants who were free of dementia were tracked, and 74,700 of them went on to develop dementia.

Exercise was defined as engaging in activities such as walking, running, swimming, dancing, participating in sports, or working out at the gym. The researchers found that participants who exercised regularly – defined as engaging in activities such as these – had a 17% lower risk of developing dementia compared with those who did not. This was the case even after they controlled for age, education, and gender.

When it comes to enjoying the benefits that come with engaging in physical activity, there is never a bad time to get started. In a third study that was released this month, researchers tracked the development of over 1,200 youngsters between the ages of seven and fifteen for more than 30 years. Those who had better levels of fitness when they were youngsters had higher levels of cognitive functioning when they were in their midlife, which suggests that making a habit out of being physically active throughout one’s entire life could be advantageous for the health of the brain.

These studies, when taken together, point to the possibility that the ways in which we move our bodies on a regular basis could mount up over time. Even for those who are considered to be at a higher risk of developing dementia, these findings lend credence to the idea that engaging in moderate-intensity physical activity on a daily basis throughout one’s entire life is one of the most effective ways to lower one’s risk of developing the condition.
“Your brain is part of your body and is going to benefit from anything you do that is good for your overall health,” Dr. Weintraub said.