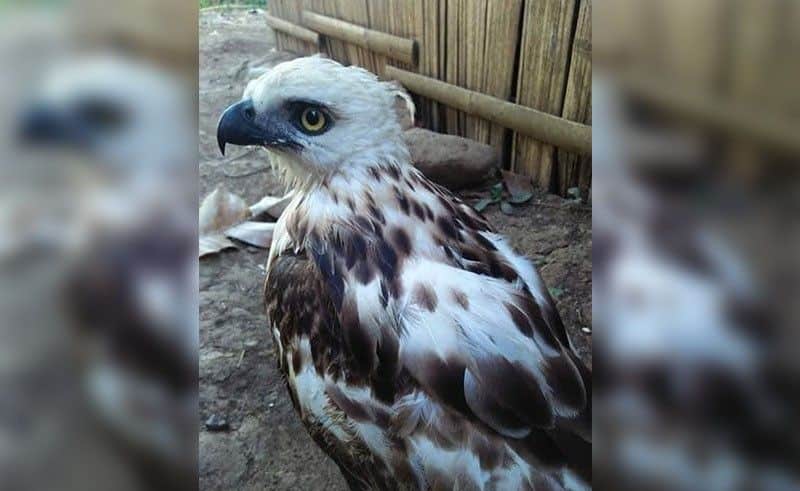 DENR Preserved the lives of Wildlife amid Covid19
(C)PhilStar

The Philippines was known to be rich on vast areas of lush forests. It’s almost half of the entire land area of the nation was forested before. Sixty percent of these forest and some unique species are found in Mindanao.

The Department of Environment and Natural Resources (DENR) are still on guard about the rescued endemic Pinsker Hawk Eagle to remind Filipinos about Wildlife hunting Violations in the country amidst the Coronavirus outbreak.

However, it dominates the central forest and high elevations as an endangered habitat, relative to the more widely spread N. Cirrhate. This scenario is also close to the condition of the Javan hawk-eagle (Nisaetus bartelsi) and the common hawk eagle in Java Indonesia whereby the endangered bird still dominates the inner and higher forests.

In an instance, an endemic eagle was rescued by Baldo Lanao, a citizen of Sitio B’laan, Barangay New Kanibong was rescued in Tulunan Mindanao. Jestoni Almarez, from the Matalam Compliance division of the Community Environment and Natural Resources Agency stated that the rescued hawk-eagle was frail but had no bruises or signs of damage which is a good sign for them since they are preserving this kind of eagles that is usually found in the country.

There are couple of times that they are worried about the violations in the wildlife through hunting and using the species for personal interest and used it for business. Since the eagle was in good condition they also noticed the young raptor is also learning how to fly which is a positive sign for wildlife care takers to train the eagle.

It was handed over to the CENRO Matalam office on Monday but they must first check that the hawk-eagle is secure and in good health until it is released back into the forest.

In the middle of pandemic virus, it’s a great way to balance things and continue the agenda of taking care of the nature and animals especially at these critical times in order to not just restore humanity but also the living things around us.

It’s a way to be reminded that compassion towards animals is directly related to honesty of character; and it can be claimed firmly that he who is unfair to animals can not be a good man.

Indeed, there are still real time heroes who are ready to rescue and restore the things around them even in simple ways.