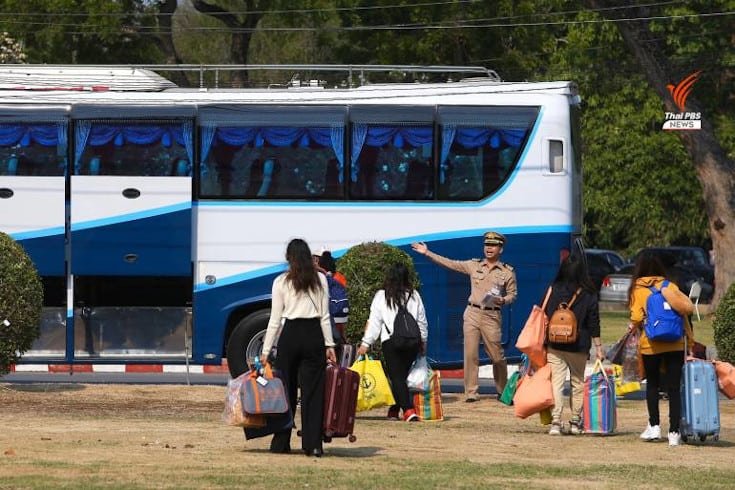 137 Wuhan returnees got discharged earlier quarantined at the Sattahip naval base in Chon Buri province while the returnee under observation for possible infection remained, pending retests.

Deputy Public Health Minister Sathit Pitutecha said at the naval base that the quarantine on the returnees was successful as 137 people returned home as planned. The other returnee under observation remained at Chon Buri Hospital. The patient already tested negative for the virus but still needed a retest for confirmation. If the subsequent test shows a negative result, the patient will be discharged, Mr Sathit said. “All discharged people are happy to return home. They thanked officials for good care… Everyone is happy they can hug their families again. Some families will visit places and have meals in the [Chon Buri] province before going home,” he said.

Some of the returnees said their relatives would pick them up at Sattahip naval base. Others boarded naval vehicles which will drop them at U-Tapao airport in Chon Buri, Suvarnabhumi airport in Samut Prakan province, as well as Don Mueang airport and main bus terminals in Bangkok. Health authorities handed hygiene kits to the discharged returnees while Chon Buri officials and the navy gave them souvenirs. Meanwhile, Dr Rungruang Kitphati, spokesman of the Public Health Ministry, warned tourists to postpone trips to Japan. Those who needed to be there should avoid crowded places and see doctors immediately if they are ill upon their return, he said. To see more latest news from thailand