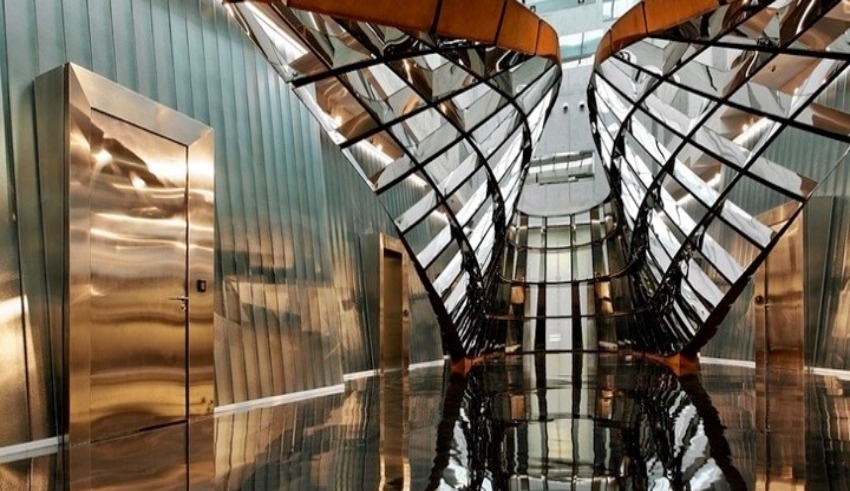 Dmitry Rybolovlev claims that Yves Bouvier, the art dealer, duped him out of $1 billion on 38 art transactions that were worth a whopping $2 billion combined.
(c) Nestia

Yves Bouvier, a Swiss art dealer who was previously known as “the king of the freeports,” has reportedly parted ways with his Singapore freeport to sell it to Jihan Wu, a Chinese crypto billionaire, for a price of $28.4 million.

Since his detention in 2014, Bouvier has been a prominent figure in the news ever since the Russian businessman Dmitry Rybolovlev accused him of being involved in a fraudulent scheme. Rybolovlev has been relentlessly pursuing criminal and civil allegations against Bouvier over the course of the past seven years.

He claims that Bouvier duped him out of $1 billion on 38 art transactions that were worth a whopping $2 billion combined. Bouvier has always maintained his innocence and most recently proclaimed “total victory” after the dismissal of the case brought against him by the prosecutor. In spite of this, the Geneva courts restarted the case against Bouvier in the month of July.

The original construction of the state-of-the-art facility in 2010 was estimated to cost $70 million, and another potential deal in October 2019 to Tayrona Pacific Star was supposed to close at around $60 million. The sale of the freeport represents a significant loss for Bouvier, as it was expected that the deal would close at around $60 million.

According to a legal complaint that was submitted to the High Court of Singapore in April 2020, the sale of Tayrona was postponed four times when the director of the company, Jaime Ordonez, voiced his dissatisfaction with the “poor physical and technological condition” of Le Freeport’s infrastructure.

It was also asserted that the transaction was put on hold because of difficulty in obtaining a loan as a result of an unfavorable article that was published about Bouvier in the media. In response to the charges made in the Bloomberg article, Ordonez angrily denied them.

The Singapore facility, often known as “Asia’s Fort Knox,” was created to imitate the security and tax practices of Switzerland in order to cater to the growing Chinese market of new collectors who are eager to avoid having the government become involved in their financial affairs. After a lifetime of success in the art business transactions (with a net worth at his peak of more than $1 billion), Bouvier’s post-legal controversy investments were not reported to be performing well.

Starbucks Singapore had a data breach

This is despite the fact that Bouvier had a lifetime of success in the art business dealings. In 2018, regulatory papers made in Singapore stated that Le Freeport incurred total losses of $13.1 million and debt of $14.2 million.

The experts believe that the losses can be attributed to a shift in policy implemented by the Chinese government around the year 2014, which placed restrictions on investments in tangible luxury goods. Because of this, the new owner Jihan Wu is an even more intriguing figure because the world of cryptocurrency millions he inhabits has its origins in the exact opposite.

When Wu founded Bitmain Technologies in 2013, he was already a multimillionaire thanks to his success in the virtual currency Bitcoin mining. Like Bouvier, he is no stranger to market turbulence, nor sour dealings. The 36-year-old man is known for forcing his business partner Micree Zhan out of the company, which contributed to his rise to the rank of one of Asia’s youngest billionaires. Their divestment in 2019 is reminiscent of what is known as the “Bouvier Affair.”

According to Coindesk, Zhan was quoted as saying, “Bitmain is our child. Using only lawful means, I will defend her rights until the very end. I won’t give people who have a grudge towards Bitmain an opportunity to succeed in their schemes. If there is someone out there who wants a conflict, we will give it to them.”

According to Cryptopotato, Wu eventually resigned his position as chief executive of Bitmain, and Zhan bought him out of the company with equity worth $600 million. Forbes estimates that he has a personal net worth of $2 billion, while his latest business, Matrix Port, which provides financial services for digital assets, has already been valued at $1 billion after only two years of operation.