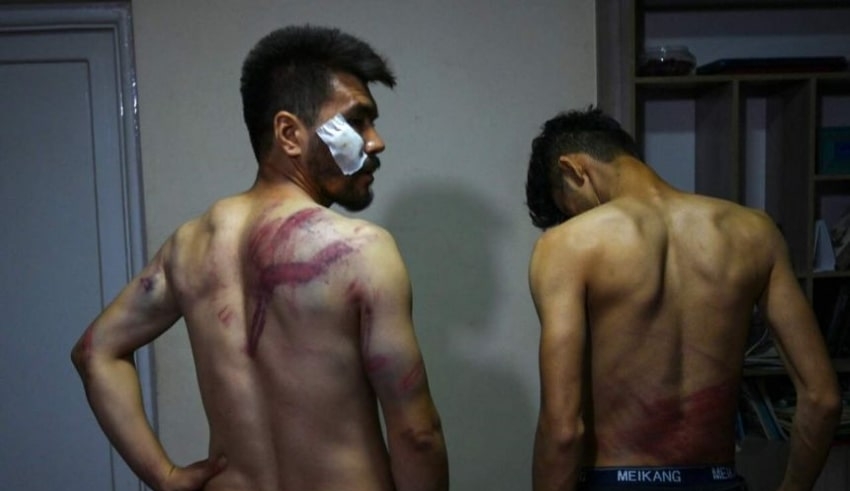 Two Afghan journalists were left with unsightly welts and bruises after being assaulted and held for hours by Taliban militants in the Afghan capital for reporting a protest.
(C) straitstimes

Two Afghan journalists were left with unsightly welts and bruises after being assaulted and held for hours by Taliban militants in the Afghan capital for reporting a protest.

The two were arrested at a rally and brought to a capital police station, where they claim they were assaulted and abused with batons, electrical wires, and whips after being suspected of leading the protest.

According to the photojournalist Nematullah Naqdi, one of the Taliban smashed his face on the concrete with his foot and kicked his head. He said he was afraid they would kill him.

Despite their pledges of a more inclusive government, the Taliban have taken steps to suffocate growing resistance to their authority.

They made protests unlawful unless the justice ministry gave authorization.

Naqdi and his colleague Taqi Daryabi, a reporter for Etilaat Roz (Information Daily), had been sent to cover a minor demonstration by women seeking the right to work and study in front of a Kabul police station.

Naqdi said he was approached by a Taliban fighter as soon as he began photographing.

He said that they informed him that he is not permitted to film and apprehended everyone who was recording and confiscated their phones.

Naqdi said that the Taliban attempted to seize his camera, but he was able to pass it over to a member of the audience.

Three Taliban militants apprehended him and escorted him to the police station, where the beatings began.

Taliban authorities have failed to reply to repeated demands for comment.

‘They see us as adversaries’

“The Taliban began abusing and kicking me,” Naqdi said, adding that he was suspected of organizing the demonstration.

He inquired as to why he was being tortured and was told that he is fortunate since he’s not being beheaded.

Naqdi was finally brought to a crammed cell where he met his battered colleague Daryabi.

Daryabi added that they were in so much pain they couldn’t move.

A few hours later, they were freed with no explanation and a barrage of insults.

Taqi said that the Taliban see them as enemies. The Taliban say they will protect press liberties based on vague Islamic precepts, but journalists reporting demonstrations throughout the nation are being persecuted