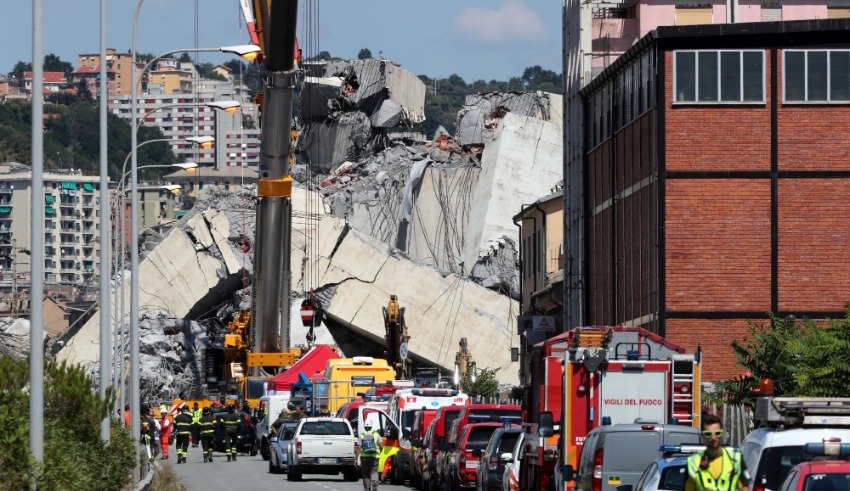 There are many defendants in this case, and it's a huge tragedy that has affected the city as a whole. This is one of the biggest cases in Italian history.
(c) The Japan Times

ITALY: The trial of 59 defendants charged with manslaughter and undermining transportation safety in the case of the Genoa bridge collapse in 2018, which claimed the lives of 43 people, begins in Italy on Thursday (July 7).

Four years ago, on August 14, the Morandi bridge, a vital artery linking Italy and France, collapsed under the weight of heavy rain, trapping dozens of motorists and passengers underneath.

As a result of the tragedy, attention was drawn to the poor condition of Italy’s transportation system. Nearly half of Italy’s freeway network is run by Autostrade per l’Italia (ASPI), which has been accused of neglecting the 1967-built bridge.

“The Morandi bridge was a time bomb” for one of the prosecutors, Walter Cotugno.

According to him, “You could hear the ticking, but you didn’t know when it was going to blow.”

Claims by Cotugno are based on a belief that Autostrade and Spea, the engineering company in charge of maintenance, were aware of the “danger of collapse” and were hesitant to fund work in order to “preserve the dividends” of their shareholders.

Both companies’ executives and technicians make up the majority of the people the Genoa court asked to appear.

“They include Giovanni Castellucci, the former CEO of Autostrade, Antonino Galata, and officials from the Ministry of Infrastructure.”

Roberto Tomasi, a high-ranking Autostrade official since 2015, is the prosecution’s primary witness, despite Castellucci’s lawyers’ belief that the indictment “will fall like an autumn leaf.”

As a member of Atlantia, the Benetton family owned Autostrade at the time of the disaster. As a result of governmental and public pressure, the family relinquished its ownership of the company in May.

As a result of an out-of-court arrangement with the public prosecutor’s office, Autostrade and Spea will be able to avoid a trial despite the fact that their former directors are in the dock.

According to lawyer Raffaele Caruso, this arrangement “constitutes a first acknowledgement of responsibility” by the two businesses on behalf of the committee of relatives of the Morandi bridge fatalities.

There are many defendants in this case, and it’s a huge tragedy that has affected the city as a whole. This is one of the biggest cases in recent Italian history.