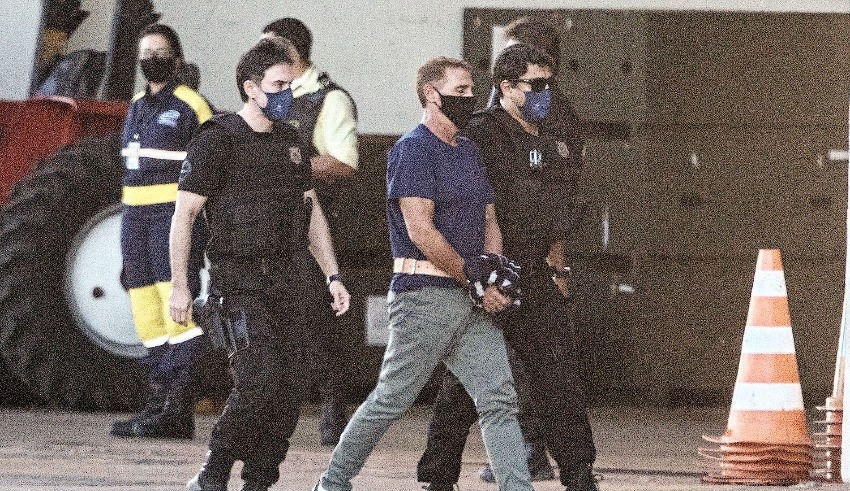 Anti-mafia commission director described him as "a major architect in the internationalization of the organizations and became the king of cocaine brokers."
(c) Cyprus Mail

ROME: One of Italy’s most wanted men, Rocco Morabito, was extradited from Brazil to Rome on Wednesday (Jul 6) after 28 years on the run. Morabito, a top Ndrangheta mafioso, was flown back to Italy from Brazil.

Morabito, who was apprehended in Brazil in May of 2021 for a variety of narcotics offenses, will now serve a 30-year prison sentence.

On Facebook, anti-mafia commission director Nicola Morra described him as “a major architect in the internationalization of the (criminal) organizations and became the king of cocaine brokers.”

Morabito has been included to a “special search program” for absconding convicts, according to the interior ministry. Matteo Messina Denaro, a Sicilian Cosa Nostra mafia lord on the lam since 1993, is the most wanted man in Italy.

Previously, Morabito, 56, had been convicted in three separate drug trafficking cases in the Italian cities of Milan, Palermo, and Reggio Calabria, all of which took place in the south of Italy. According to investigators, he was the ‘Ndrangheta’s point person in South America.

Located in Calabria, Italy’s southernmost area, the ‘Ndrangheta has surpassed Cosa Nostra to become Italy’s most powerful mafia organization and one of the world’s greatest criminal organizations.

Four years after escaping from prison in Uruguay, Morabito and another fugitive drug trafficker were captured in the Brazilian city of Joo Pessoa.

In 2017, he was located in Uruguay, where he was using an alias and a fake Brazilian passport to hide his true identity.

Due to the rising demand for cocaine in Europe and its high price, Brazilian gangs have become major actors in the transatlantic narcotics trade. They have formed alliances with players in Italy, the Netherlands, and the Balkans to transport record amounts of cocaine to Europe.