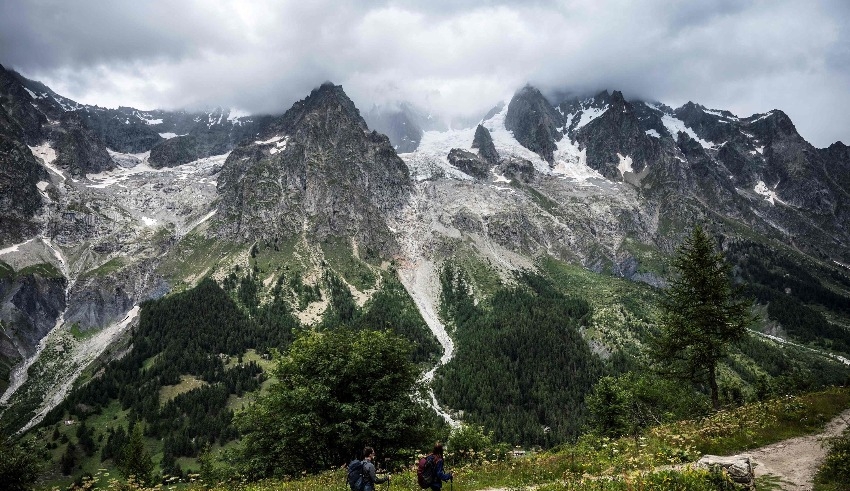 An "ice avalanche" involving hikers prompted Trento's provincial authorities to say that rescue operations were under way and that a "heavy toll" was expected.
(c) Daily Sabah

ROME: At least six people were killed and eight were injured when a mountain glacier fell in the Italian Alps on Sunday (Jul 3), according to local authorities.

An “ice avalanche” involving hikers prompted Trento’s provincial authorities to say that rescue operations were under way and that a “heavy toll” was expected to be inflicted.

In the eastern Italian Alps, the Dolomites, the Marmolada is the Dolomite’s tallest mountain, rising more than 3,300 feet above the surrounding valleys.

According to Veneto President Luca Zaia, the injured were transported to hospitals in Belluno, Treviso, Trento, and Bolzano.

According to the Alpine rescue team, a massive slab of ice fell near Punta Rocca, a popular hiking and climbing route to the peak.

As per a spokeswoman, the weather is now fine, but further collapses are possible.

The search for survivors was aided by the use of helicopters and dogs.

Zaia reported that temperatures on the Marmolada reached 10 degrees Celsius on Saturday during an early summer heat wave in Italy.

The Marmolada glacier, like many others throughout the world, has shrunk steadily in recent decades due to rising average temperatures.