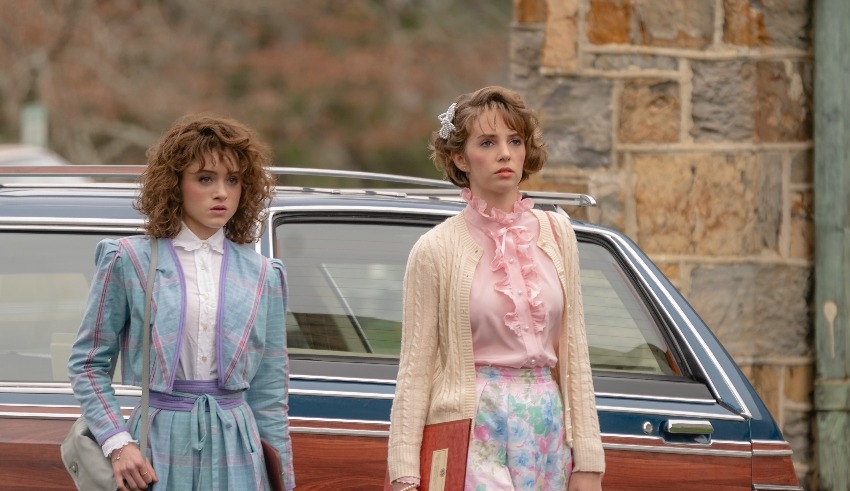 There is a chance, thanks to Netflix and filmmakers like the Duffer Brothers, to acknowledge and preserve the stories of institutionalized community suffering.
(c) Culturess

The Duffer Brothers, the show’s creators, debut Pennhurst Mental Hospital for the Criminally Insane in season four (which is also mentioned in season one).

Teenage sleuths Robin and Nancy enter Pennhurst, where they are allowed permission to speak to Victor Creel, who is imprisoned because he is believed to have ruthlessly slaughtered his entire family.

Since its inception in 1963, Pennhurst has housed more than 10,000 people with intellectual impairments and psychiatric conditions.

Many other abandoned asylums across the world, especially those in Australia, have become popular tourist attractions. However, in our quest for thrills, let us not forget that these establishments were once home to actual people with real stories to tell.

Segregation, power, abuse, neglect, and torture were all commonplace at Pennhurst, according to the widespread belief that people with intellectual disabilities were a risk to society.

During the eugenics movement of the early 19th century, intellectually disabled people were viewed as the lowest rung in the human hierarchy. Sterilization and institutionalization eventually led to their removal from the human gene pool, which was eventually eliminated.

Because of pressure from the disability rights movement and a landmark lawsuit by a former resident and her family, the state of Pennsylvania forced the closure of Pennhurst in 1987.

Those in state custody had a fundamental right to adequate treatment and education, according to the courts. More than a thousand Pennhurst inhabitants began their journeys toward self-actualization in this neighborhood.

The site was sold by the state of Pennsylvania in 2010. Pennhurst has become a “dark tourism” destination in the modern era. Jump fright attractions at Pennhurst Asylum enliven visitors with tales of sordid behavior, which both erases and evokes the horrific treatment of the people who named Pennhurst their home.

Pennhurst is more than the tragedies of its past and the commercialization of its future for those who lived there and their allies.

Pennhurst and the Struggle for Disability Rights, edited by Dennis Downey and James Conroy, symbolizes “one of the great, if unrecognized, liberation struggles of the twentieth century,” igniting the flames of the global deinstitutionalization and independent living movements.

Pennhurst’s collapse sparked a wave of closures across the Western world. The United Nations Convention on the Rights of Persons with Disabilities, which came into effect in 2006, has its roots in the independent living movement.

Signatory States are obligated under Article 19 of the treaty to guarantee “the equal right of all persons with disabilities to live in the community, with options equal to others.”

And Article 12 demands signatory governments to recognize that all citizens, regardless of disability, have “legal personhood” and hence should be afforded the same rights and privileges as other citizens..

While recognizing and respecting the stories of trauma as narratives of dignity and respect, signatory states are required to firmly erase institutionalization as a painful experience from their national histories.

There are several “haunted” tourist sites across the world based on the lives of individuals with disabilities. Pennhurst is one of them.

Aradale Lunatic Asylum sits on a hill overlooking the remote town of Ararat in Western Victoria, Australia, where the notorious J-Ward was imprisoned.

Aradale, like Pennhurst, has been transformed over the last two decades into a tourist attraction that takes advantage of the people who had lived there and their often-horrific stories.

In countries like the United States, Norway, Austria, and South Korea, shuttered institutions that once housed persons with impairments are often compiled into horrifying web itineraries.

The stories of people with disabilities who lived in institutions like Pennhurst and Aradale are significantly darker than those of dark tourism entrepreneurs.

As long as people with disabilities are portrayed as terrifying, dangerous, and criminal, it’s easy for operators to use the way they were handled for profit.

Visitors at London’s Bethlem Hospital (the source of the name “bedlam”) were allowed to tour the facility until at least 1770, according to reports. It’s now home to an archive and artwork “to support the history of mental health care and therapy,” according to the museum’s website.

“Experiences of trauma, mental anguish, and interaction with mental health services may influence and alter a person’s sense of home,” an upcoming exhibition aims to show.

There is a chance, thanks to Netflix and filmmakers like the Duffer Brothers, to acknowledge and preserve the stories of institutionalized community suffering.

Even the opening titles or a Stranger Things episode might feature a simple tribute to the folks of Pennhurst. It has the potential to inform a new generation of global citizens about historical atrocities and the inherent worth of every human being.