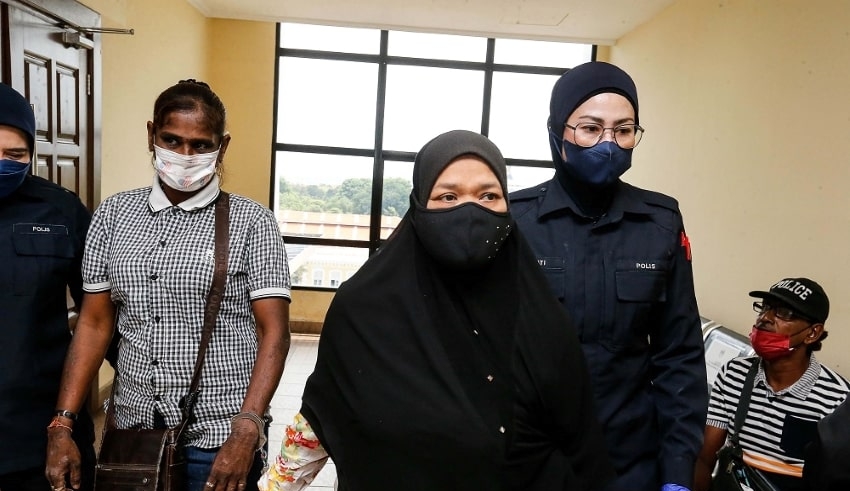 Malaysia – The Sessions Court sentenced Indonesian Ellis Andreyani to two years in prison on March 23 after she confessed to physically abusing a one-year-old toddler in her care last year.

The 47-year-old woman has lived in Malaysia for seven years and is married to a Malaysian.

When Sessions Court judge Mazdi Abdul Hamid read the punishment, he added, “The court accepts your guilty plea, hence you are convicted of the charge.”

Her prison term will begin from her date of arrest which was on December 8, last year.

In November last year, between 10 a.m. and 3 p.m., Ellis was charged under Section 31 (1) (a) of the Child Act 2001 with inflicting bodily damage to a child at her care in a residence at Taman Utama Persiaran Minden, Gelugor.

On conviction, the maximum punishment is 20 years in prison, an RM20,000 fine, or both.

Ellis appeared in court without a lawyer.

She expressed regret for her actions and requested that just a little penalty be imposed.

She informed the court, “I am sorry, I will not do this again.”

After the accusation against Ellis was read out in court, the court was given video evidence of the physical abuse Ellis inflicted on the child. She was seen on camera hitting the toddler.

Ellis confessed to being the woman in the video.

“Salah,” she said in Malay when asked how she pleaded.

Rais Imran Hamid, the Deputy Public Prosecutor, had requested the court to impose a deterrent punishment, particularly in a case involving a kid.

“Rather than assaulting the child, the accused should be caring for him,” he told the court.

The video was filmed by Ellis’ step granddaughter, according to the circumstances of the case. Ellis’ stepdaughter, who also happened to be the video recorder’s mother, subsequently watched the footage, which also showed the accused beating numerous other children in her care with her bare hands about 1.15 p.m. on December 2 last year.

Ellis was arrested on December 8 after his stepdaughter filed a police complaint based on the footage.

Several video clips depicting Ellis hitting and physically assaulting the youngster went viral on Twitter last week, with the individual who submitted the footage accusing the police of failing to intervene in the case.