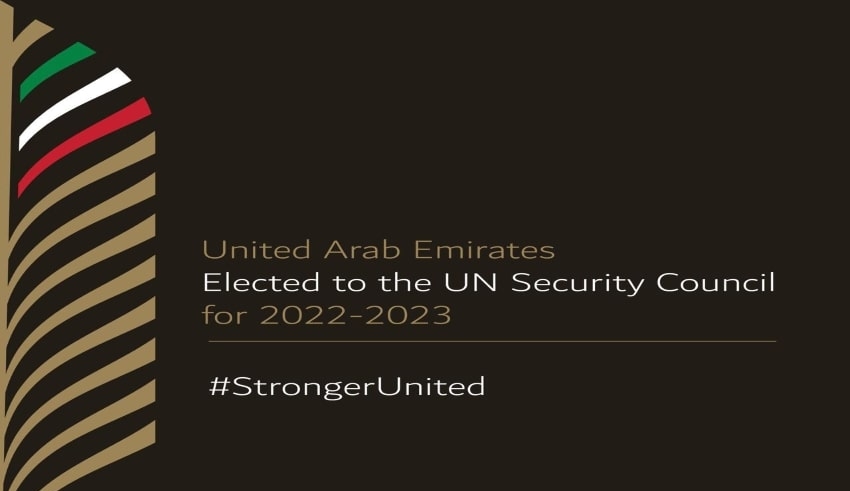 The UAE will progress to start its new term on the UN Security Council on January 1, 2022.
(C) hend_mana

The UAE will progress to start its new term on the UN Security Council on January 1, 2022. This would be the second time it has served on the body. UAE has been elected to the council on last Friday, and has been a member of the UN since the UAE’s founding in 1971 and held a seat once before, from 1986 to 1987.

The UAE focused on building bridges between members during its campaign for one of the five rotating seats on the council. The campaign was launched in September 2020 and the UAE has held virtual briefings to learn the views of all UN members to help with decision-making while serving on the council.

Today the UN elected the UAE as one of five members to the Security Council for 2022-2023. We pledge that our team of dedicated diplomats will pursue the same spirit of global engagement and collaboration that has guided the UAE since its founding in 1971. #UAExUNSC

The UAE pledges to build bridges and work with all member states of the Security Council to promote inclusiveness, build resilience, stimulate innovation, and secure peace for future generations.

Sheikh Abdullah bin Zayed, Minister of Foreign Affairs and International Co-operation has said that the UAE has always been ready to shoulder its share of responsibility for the world’s most pressing challenges in collaboration with the international community and this was the driving force of their (the country’s) bid.

He further said that he certainly hopes that the country’s history as a trusted partner and intermediary will enable UAE to make a lasting contribution during the two years they serve on the Security Council.

The diplomats representing the UAE said they would be working closely with all members.

The UAE is also committed to represent all Arab countries in the Security Council and to convey Arab views.

“The UAE’s turn to serve on the Security Council is based on our belief that our values and principles can help drive progress to achieve our collective goal of international peace and security,” UN Ambassador Lana Nusseibeh said.

“During the two years that we serve on the council, our team here in New York, in Abu Dhabi and across the globe will seek to work constructively with fellow member states to overcome divides and make demonstrable progress in addressing the most critical challenges of our time.”

A big part of the UAE’s focus will be on fighting climate change and tackling global health crises.