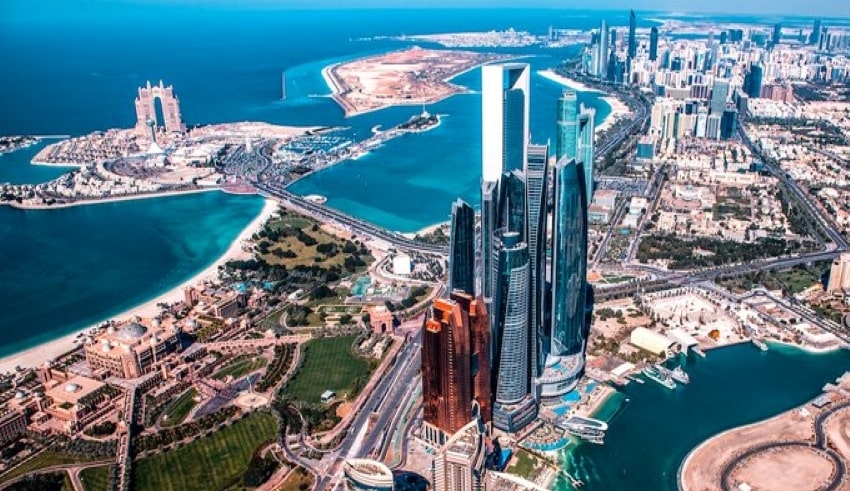 Another great milestone and achievement as Abu Dhabi has topped a global ranking of 50 cities for its response to the Covid-19 pandemic.
(C) WhatsOnDubai / Twitter

Another great milestone and achievement as Abu Dhabi has topped a global ranking of 50 cities for its response to the Covid-19 pandemic, with Dubai also making the top five. The capital led the way for its efforts to safeguard public health, bolster the economy from the financial fallout of the outbreak and deliver strong vaccination rates.

The first pandemic performance league table was published in April, with Abu Dhabi leading the way then, too. The city headed the latest list ahead of Singapore, Seoul, Tel Aviv. Dubai was ranked number five, another great achievement for the UAE, especially having two cities in top 5. Other major cities like Toronto, Sydney, Zurich, Dublin and Ottawa rounded off the top 10.

Selected PH Hospitals Were Granted To Use Molnupiravir

UAE tops standing as the strongest passport in the world

Abu Dhabi was singled out for the efficiency of its government services and its quarantine management in the report, titled ‘Ranking of the Safest Cities during the Covid-19 Pandemic for the Second Quarter of 2021’, released by analytics consortium Deep Knowledge Group in London.

Abu Dhabi achieving the top ranking was also made possible through the efforts of senior management and staff in various public and private institutions, along with the dedication of field teams and healthcare professionals.

“Abu Dhabi topped the ranking due to measures that contributed to enhancing the speed and effectiveness of its response to the pandemic,” read a statement from Abu Dhabi Government Media Office.

“As a result of these measures, the health and safety of the community was protected, while maintaining an open and competitive economy. Abu Dhabi also maintained its position as a pioneer in scientific research, digital initiatives and technology, and a leading destination for medical tourism.”

The UAE has taken a proactive response to combating the pandemic, with their mass testing strategy and a nationwide vaccination campaign being vital in driving down infection rates. Field hospitals were set up rapidly in the early stages of the pandemic to ease pressure on health services, while stay-at-home measures were introduced when necessary. Employees and pupils have returned to classrooms and offices gradually as part of a strategy to return to normality.

Safety measures – such as the mandatory wearing of masks in public – have remained in place throughout the pandemic. Officials have called on the public regularly to remain committed to safety measures and have issued reminders of the importance of following the rules during potential infection peak periods such as public holidays.

On Thursday, the UAE recorded 772 Covid-19 cases, its lowest number of infections in a year. Case numbers have now remained below 1,000 for 17 consecutive days.

Infection rates have steadily declined during the summer months, having peaked at close to 4,000 a day in early February. The last time daily infections were lower was on September 8, 2020, when 644 positive tests were reported. The latest caseload brought the UAE’s overall tally to 726,797. Another 1,026 people overcame the virus as the recovery total climbed to 717,257.

The number of active cases across the Emirates dropped to 7,483 thanks to an encouraging recent trend of daily recoveries exceeding new cases. The latest daily infections were detected as a result of an additional 286,017 PCR tests. More than 77.3 million tests have been conducted since the outbreak began. The country’s death rates from the virus have remained among the lowest in the world throughout the coronavirus outbreak.

Abu Dhabi hosted phase three trials for the Sinopharm vaccine last year before making the shot widely available to the public in December.

The Pfizer vaccine – initially rolled out in Dubai in December – was subsequently approved for use in Abu Dhabi in April. The Oxford-AstraZeneca, Sputnik V and Moderna vaccines have also been authorised by the UAE.

More than 89 per cent of the public have received one dose and about eight in 10 are now fully vaccinated.