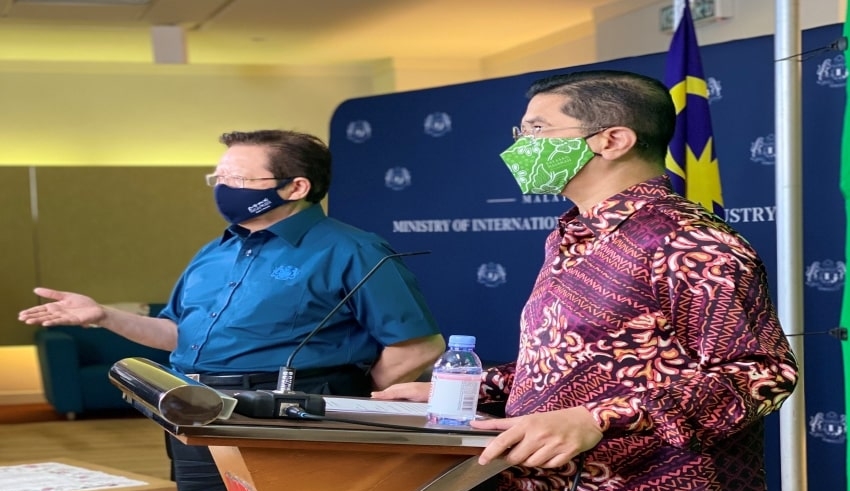 Datuk Seri Mohamed Azmin Ali, Minister of International Trade and Industry (MITI), disputed that he was accompanied by his family on a trade mission to Europe in October.
(C) AzminAli

Malaysia – Datuk Seri Mohamed Azmin Ali, Minister of International Trade and Industry (MITI), disputed that he was accompanied by his family on a trade mission to Europe in October.

Several members of Pakatan Harapan (PH), led by Jelutong MP RSN Rayer, had queried Azmin during his ministerial winding-up speech if he had brought his family along for the official trip, if it had been paid for by the ministry, and if they had traveled first-class.

Speaker Tan Sri Azhar Azizan Harun, on the other hand, barred Rayer from presenting questions on the subject, claiming it was unrelated to Budget 2022.

This drew opposition from numerous of Rayer’s PH colleagues, who justified his query as a matter of national budget.

“I was only asking about the delegation’s travel to London. It was even covered in the news, Minister. Is it true that you brought your family along and was the ministry responsible for their expenses?” Rayer questioned.

Ong Kian Ming, a Bangi MP and former deputy minister of Miti, then stood up and explained the reasoning for the query to Azhar, who then left the response at Azmin’s discretion.

“Each ministry, as well as its missions, has a budget for international trips. Thus, Jelutong inquired as to whether the minister had reserved first-class seats for COP26, as well as the cost (2021 Climate Change Conference). I am aware that the cost of travel from London to Singapore and back to Malaysia is actually quite costly. Therefore, allow the minister to respond,” Ong stated.

Azmin later stated before the Dewan Rakyat that he would answer Rayer’s inquiry before denying the involvement of his family on the said trade mission.

“I understand that Jelutong’s actions are aimed at diverting attention away from more serious matters. However, I have no objection to responding to the matter mentioned.

“All expenditures for Miti’s trade mission were in accordance with applicable laws and financial regulations. This is because, before a trade mission can be approved, it must be tabled in Cabinet, and everything — the delegation members’ list, the allocation amount, the expenses, and the destination — must be described and approved by the Cabinet in accordance with the regulations and financial requirements. I refute Jelutong’s allegation,” Azmin stated.

Azmin departed for his trade mission in October, which was slated to last from October 13 to October 21 and included stops in France and the United Kingdom.

According to a national news agency, the senior minister was joined by senior Miti officials during the visit, which intended to highlight Malaysia’s business-friendly policies and capabilities in important areas such as sustainability, high-end manufacturing, and Industry 4.0.