The Asian Affairs > Latest News > Malaysia > BN SDs to probe Anwar in an attempt to be the next PM, says Zahidi 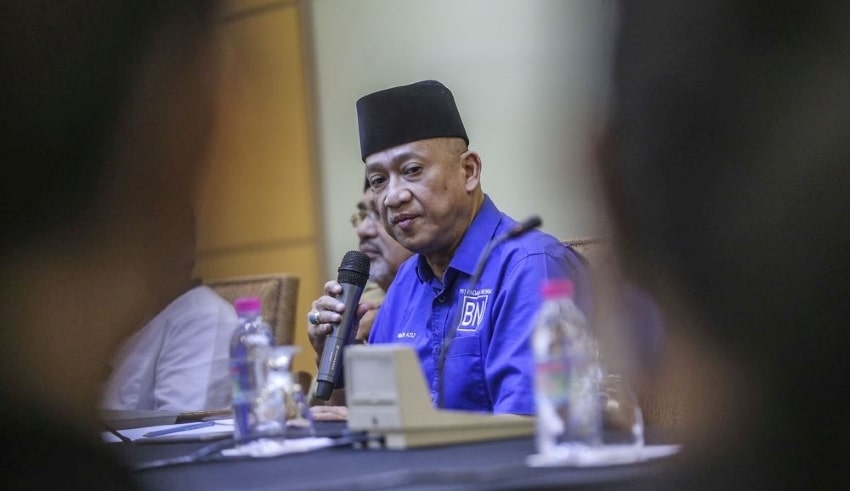 The widely talked about statutory declarations (SDs) which included 25 Barisan Nasional (BN) elected representatives signatures has been brought up by an UMNO MP.
(C) Malay Mail

The widely talked about statutory declarations (SDs) which included 25 Barisan Nasional (BN) elected representatives signatures has been brought up by an UMNO MP.

He said that they have been previously given instruction to resign from the PN government while requesting all MPs to cease in giving their support to PN.

However, all the BN MPs in the government rejected the instruction after thinking about who would they want to support if not the PN government?

Zahidi also said that it seems like Zahid wanted to support Anwar following several instances that shows the possibility of him doing that. There is also the evidence from last year that Zahid sent a letter from BN MPs which supports Anwar to the Yang di-Pertuan Agong as well as the evidence of their conversation caught on audio recording this year.

For those reasons, he said that SD collection was set up as to state their real position in refusing the formation of a new government or Anwar as the new prime minister.

Nazri has declared himself to be the one behind obtaining SDs from 25 BN MPs last Tuesday in efforts to support Datuk Seri Hishamuddin Hussein who is the Sembrong MP to be the leader but not as the next prime minister as it has appeared to be so.

According to the Padang Rengas MP, the confidence of the BN lawmakers towards Zahid to represent them in his audience with Yang di-Pertuan Agong has been lost.

Zahidi also backed up Nazri’s statement asserting that in the case another audience with the Agong has been granted, the SDs will support Hishammuddin to be a replacement to Zahid as their representative.

He also said that the SD collection was rooted on an understanding that it would be used in the case Zahid would seek to bring back the older collection of SDs made by the BN MPs last year who supports Anwar.

Zahidi said that the recent SDs would be utilized such that the situation will be explained to the Agong in the event that they will be granted another audience as well as something to refer to regarding the appointment of a deputy prime minister if necessary. He added that the Senior Minister Datuk Seri Ismail Sabri Yaakob has also been proposed by him to be a potential candidate for that post.