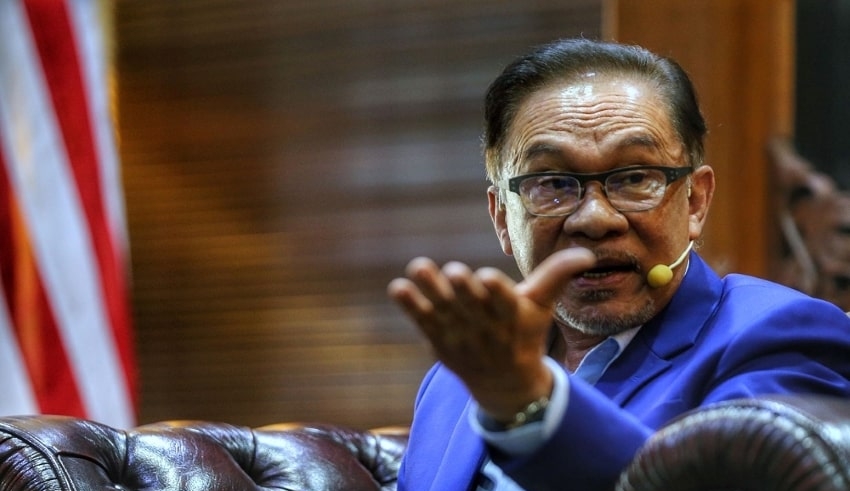 The opposition leader Datuk Seri Anwar Ibrahim said that it should be clear that Yang di-Pertuan Agong wanted the Parliament to resume as soon as possible.

In a live stream, Anwar cited a statement from Datuk Ahmad Fadil Shamsuddin which is the Comptroller of the Royal Household saying that Agong is of the view that Parliament is such an significant platform where MPs meet and discuss issues particularly those pertaining to the Covid-19 pandemic.

BN SDs to probe Anwar in an attempt to be the next PM, says Zahidi

According to Anwar, having the Parliament to resume immediately is clear for the sane and normal people as the Covid-19 infections are growing and cannot be contained at the moment.

The Port Dickson MP said this in light of the statement made by the Minister in the Prime Minister’s Department Datuk Seri Takiyuddin Hassan that the Agong had not given a specific date for the reconvention of the Parliament.

Takiyuddin said that this should mean that the Parliament could reconvene in September or October as per the National Recovery Plan and still be in conformity with the YDPA’s decree that it should be opened immediately.

Anwar said that the Prime Minister along with its department still wish to to ‘bersilat’ and argue in the most faulty way by saying that the Agong has not given a specific date. He said this while making reference to the Malay martial art “silat” that usually starts with opponents teasing each other out.

He also added that the Prime Minister appears to be hard headed to the point that you don’t have legitimacy, lost trust and expected to abide by the Constitution and the advisory decree of the Agong to have a parliamentary session.

“If you are reluctant, then in a good and respectable way, save the country, save the economy, and allow the Covid-19 problem to be handled in a better way — therefore you should withdraw and resign your position,” Anwar said, referring to Prime Minister Tan Sri Muhyiddin.

He mentioned that this was PH’s stance and assumes that most of the MPs with Malaysian citizens accepted this.

The Emergency was declared on January 11 where Parliament sessions have been suspended by the government and have not yet reconvened.

Anwar’s address came following the series of meetings that have been held between the Yang di-Pertuan Agong Al-Sultan Abdullah Ri’ayatuddin Al-Mustafa Billah Shah and political leaders which were aimed to discuss the pandemic, the state of Emergency and the Parliament. These meetings built up in a special Conference of Rulers meeting that was recently held where it has been decreed by the rulers for the Emergency to end without going past August 1 for the Parliament to reconvene immediately.