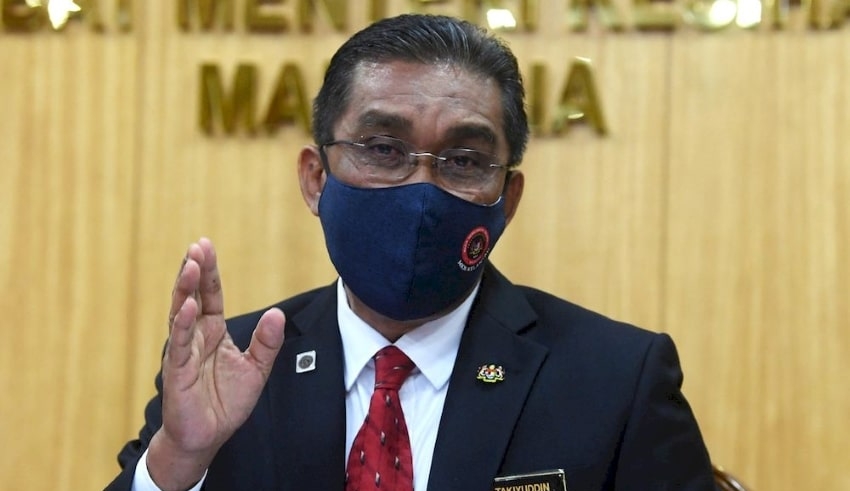 The declaration made by the Yang di-Pertuan Agong and the Conference of Rulers regarding the immediate reconvention of the Parliament has been noted by Datuk Seri Takiyuddin Hassan.
(C) Malay Mail

The declaration made by the Yang di-Pertuan Agong and the Conference of Rulers regarding the immediate reconvention of the Parliament has been noted by Datuk Seri Takiyuddin Hassan. However, he pointed out that the Agong did not give any exact date for the reopening of the Parliament.

In a discussion on Bicara Harakah, he said that the Agong did not explicitly give a date but it will be reopened as soon as possible. So, the Prime Minister can proclaim that Parliament can be held in September or October for instance.

Talking to moderator Badzli Bakar, Takiyuddin added that the Agong has given emphasis on the MPs role to focus on addressing the worsening Covid-19 situation.

So, upon the reconvention of the Parliament, the most pressing matter to discuss is on how to deal with the Covid-19 pandemic above anything else.

He also mentioned that the government is always open about the opinions of the Opposition MPs about the matters of the Covid-19. He also expressed his gratitude towards the Agong and the Conference of Rulers for their concern.

After holding the special meeting, the Agong and the Conference of Rulers said that there’s no need to extend the ongoing Emergency period which will be ending on August 1 and advised to reconvene the Parliament as soon as possible with the respective state legislatures.

When asked if the reconvention will be happening anytime soon, Takiyuddin said that the reopening would still be a question if not all of the MPs would be present.

He noted that the number of people in attendance must be considered. Dewan Rakyat is a closed area that can accommodate about 222 MPs. However, there are still the government officers on duty, the heralds for the Speaker, Deputy Speaker and Secretary to the Dewan Rakyat.

Then there’s also the members of the public present outside the halls, as well as the Parliament staff to be taken into account. He said that they have been told that during the Parliament sessions, there are at least 1,000 people in attendance.

As such, the most sensible method for the government to take is to do a hybrid Parliament which would not require MPs residing in other states outside KL and Selangor to be personally present.

According to Takiyuddin, this would help them determine the number of the people who will attend. The Parliament rule states that the minimum quorum needed for the Dewan Rakyat and Dewan Negara is 26 MPs and 10 Senators, respectively.

But for the hybrid method to be conducted effectively, issues including the legal aspects must be resolved first. According to the Standing Orders, MPs must be physically in attendance and those who are not, would not be able to vote. Takiyuddin says this will require an amendment to the Standing Orders. The final stage of the study on reopening the Parliament in hybrid mode is being thoroughly analyzed by the Speakers of the Dewan Rakyat and Dewan Negara along with their deputies.