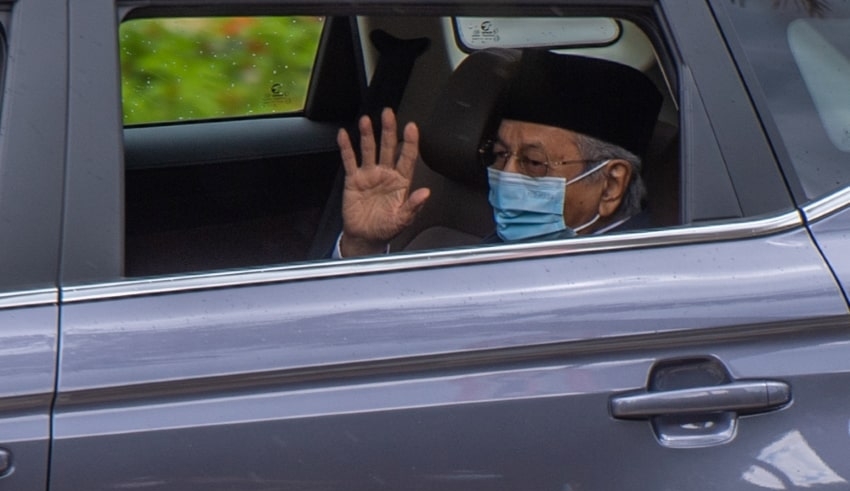 Former prime minister Tun Dr Mahathir Mohamad’s proposal to establish a National Operations Council or Mageran, its Malay abbreviation as known by many has been rejected by the Pakatan Harapan (PH) presidential council.
(C) malaymail.

Former prime minister Tun Dr Mahathir Mohamad’s proposal to establish a National Operations Council or Mageran, its Malay abbreviation as known by many has been rejected by the Pakatan Harapan (PH) presidential council.

PKR president Datuk Seri Anwar Ibrahim, Parti Amanah Negara president Mohamad Sabu and DAP secretary-general Lim Guan Eng said in a statement that the most pressing matter as of the moment is the state of Emergency as well as the restoration of the Parliament more than the establishment of another council.

Govt failed in its bid against Malaysian mother’s lawsuit

They added that the presidential council will be taking note of Dr Mahathir’s proposal to form a Mageran to aid in the efforts of dealing with the issues of the Covid-19.

However, they said that as a party that respects the principles of a parliamentary democracy, PH is rejecting the Mageran proposal on a consistent stance that the matter of ending the Emergency immediately and the reinstatement of the Parliament takes priority.

“The solution to the people’s issues with Covid-19, the economy and politics is to reinstate Parliament. In order to do that, we need democracy to function well so that we can provide space for the people’s gripes and troubles to be heard, for which we can then find the solution in Parliament,” they said in the statement.

Dr Mahathir said yesterday that he had told the Yang di-Pertuan Agong Al-Sultan Abdullah Ri’ayatuddin Al-Mustafa Billah Shah about the Mageran proposal as it could potentially steer the country in the right direction and help bring solution to the current health, economic and social issues in the country.

According to him, the King did not entirely dismissed his proposal but emphasized that the government must be the one to make such a call.

Dr Mahathir said that the Mageran that was last formed was back in 1969 by then deputy prime minister Tun Abdul Razak and has managed to give solution to both the political and social issues at the time. He added that his services along with his party services could be used to the suggested formation of the Mageran but stopped short of admitting if he was volunteering to be its leader.