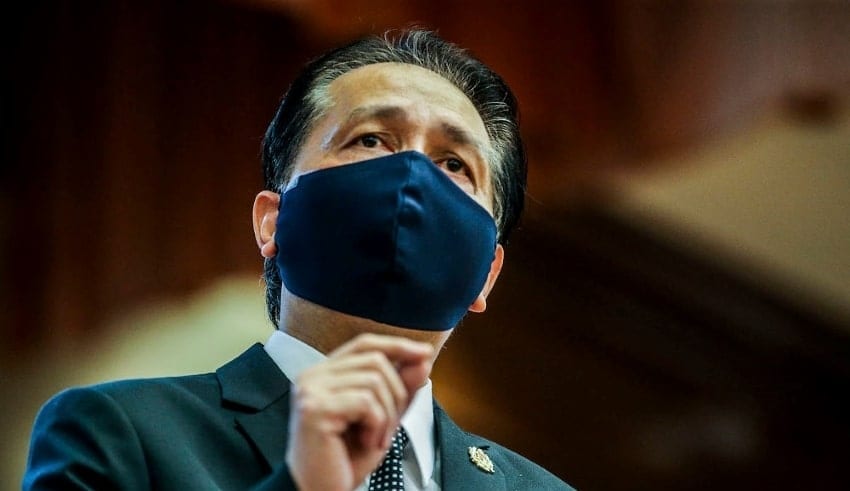 Health Director-General Tan Sri Dr Noor Hisham Abdullah said the three doses of the pneumococcal conjugate vaccine (PCV), the two primary doses at the age of four and six months, and the 15-month PVC booster will be administered.
(C) MalayMail

KUALA LUMPUR, Nov 24-From December 1, the pneumococcal vaccine given free of charge under the National Children’s Immunisation Programme will be available at public health facilities.

Health Director-General Tan Sri Dr Noor Hisham Abdullah said the three doses of the pneumococcal conjugate vaccine (PCV), the two primary doses at the age of four and six months, and the 15-month PVC booster will be administered.

He said children born from January 1, 2020 onwards in the health clinics of the ministry are entitled to PCV shots.

In order to comply with the new standard in efforts to curb the spread of Covid-19 infection, parents need to schedule an appointment with the clinics to avoid crowds, he said in a statement here today.

He said that their pneumococcal immunisation will be tailored according to their age for children who were born this year, aged five months and over.

According to Noor Hisham, PCV-10 (Synflorix) is the type of vaccine to be used in the first two years of implementation of the program, which will include protection against 10 pneumococcus serotype bacteria consisting of serotypes 1, 4, 5, 6B, 7F, 9V, 14, 18C, 19F and 23F, as well as serotype 19A cross-reactivity protection.

He said global reporting by the World Health Organization (WHO) showed that a total of 156 countries had listed PCVs under their national immunization programmes by 30 June this year.

The pneumococcal vaccine is reliable and safe, similar to other vaccinations included in the National Immunisation Program Schedule.

The adverse events following immunisation (AEFI) of the vaccines are closely monitored by the MOH National Pharmaceutical Regulatory Agency (NPRA) to ensure that all registered vaccines used in Malaysia remain safe, he said..

The vaccine is given to prevent diseases caused by the infection of Streptococcus pneumoniae bacteria, also known as pneumococcus, such as pneumonia, sinusitis, ear inflammation (otitis media), meningitis and septicaemia, according to Dr Noor Hisham.

Following the shutting down of its operations, the homegrown multi-label retailer Naiise w…