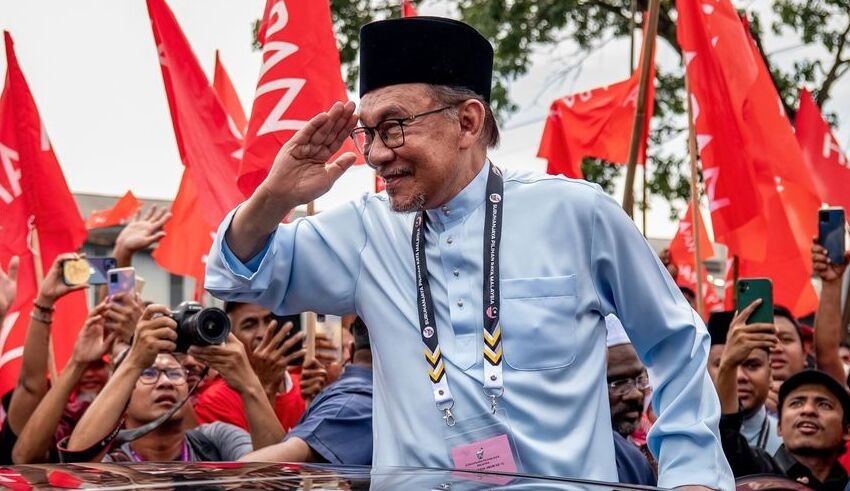 After two weeks of campaigning, Malaysians will vote in a fiercely contested election that few believe can address the divisions that have plagued the country.
(c) Bloomberg

On Saturday, after two weeks of campaigning, Malaysians will vote in a fiercely contested election that few believe can address the divisions that have plagued the country for the past three years.

Pakatan won the latest election in May 2018, a historic victory that resulted in UMNO’s first loss of power in 60 years, as voters punished the party for the multibillion-dollar scam at state fund 1MDB.

This time around, the economy and rising cost of living are among the top worries of voters, but Malaysians are also dissatisfied with the political maneuvering that continued even during the COVID-19 outbreak.

According to analysts, the votes of ethnic Malays and the millions of new voters who have joined the registers as a result of automatic voter registration and the reduction of the voting age to 18 have added to the confusion.

Keith Leong, a political analyst with KRA Group, a Kuala Lumpur-based consulting firm, remarked, “We’ve witnessed a disintegration of Malaysian politics from its previous stability. It was once BN vs everyone else. Now there are three primary alliances, each of which has gained, regained, and lost power during the past four years.”

Here is all you need to know about the election in Malaysia.

Malaysia is a parliamentary democracy in which voters elect 222 representatives to the Dewan Rakyat, the lower house of parliament.

In each constituency, the winner is the candidate with the highest votes, and the government is formed by the party or coalition with a simple majority of 112 seats. Typically, the leader of the party or alliance becomes the prime minister. Between independence in 1957 until May of 2018, he was the only UMNO president.

Typically, polling stations are located in schools and are open from 8am (00:00 GMT) to 6pm (10:00 GMT). The establishments in Sabah and Sarawak open and close a half-hour earlier.

The majority of Malaysians respect their vote, and lines can be considerable. In the 2018 election, 82 percent of eligible voters participated, compared to 84 percent in 2013.

There are a few worries If there is severe rain on Saturday, this time’s attendance could be affected. The last November election was held in 1999, when 69 percent of eligible voters participated.

There are approximately 21.17 million eligible voters in Malaysia, and this is the first general election since the voting age was lowered to 18 years old. Automatic registration has also increased voter registration.

According to the Elections Commission, there are over six million new voters, including approximately 1.4 million first-time voters aged 18 to 20. At the 2018 midterm election, there were 14.9 million voters.

Voters’ fingertips are typically inked when they pick up their ballot, or ballots if there is also a state election — a practice implemented for the 2013 elections out of worry that individuals would vote more than once.

Only three of Malaysia’s 13 states – Pahang, Perlis, and Perak – have dissolved their assembly. Typically, state elections are held simultaneously with national elections.

Malaysia is a multiethnic and multireligious nation with a majority Malay population and significant Chinese and Indian communities.

Bumiputera, a term that includes the Muslim Malays and the country’s Indigenous people, make up around 60 percent of the population, and Islam is the official religion of Malaysia.

There are also Buddhist, Hindu, Taoist, Sikh, and animist communities. Christianity is gaining popularity among both Native Americans and Chinese.

This diversity is reflected in the political parties and coalitions of the nation.

Since independence, UMNO has dominated Malaysian politics and remained in power without interruption until its ouster in 2018.

It has traditionally portrayed itself as the guardian of the Malays and Islam, but it faces rising challenge from Bersatu, a Malay-based party in the PN coalition, and PAS, an Islamic party with a strong base on the mainly Malay east coast.

Before the last election, MPs, including former Prime Minister Mahathir Mohamad, who were horrified by 1MDB and joined Pakatan to combat corruption and abuse of power in 2018 created Bersatu. Two years later, the partnerships disintegrated, with several parties leaving Pakatan and Mahathir establishing his own Malay nationalist party, Pejuang, which is the leading party in the smaller Gerakan Tanah Air (GTA) coalition.

Pakatan is regarded as more “progressive” on social and political problems and is more diversified than other coalitions. Regarding the economy, practically all parties in Malaysia tend to support free trade and privatization, albeit with subsidies and price restrictions on staple goods and gasoline, as well as specific help for the Malays.

Pakatan is comprised of Keadilan, a multiracial party founded by Anwar’s wife to fight for reform and his release after he was tried on corruption and sodomy charges nearly 25 years ago, the Democratic Action Party (DAP), a multiracial but predominantly Chinese party, and Amanah, an Islamic party founded by reform-minded former PAS members.

MUDA, which means “youth” in Malay, was formed by Syed Saddiq, who became Malaysia’s youngest-ever minister after the 2018 election when, at the age of 25, he was appointed Youth and Sports Minister in the Pakatan cabinet. His party is particularly active on TikTok and has a vague deal with Pakatan to field six candidates.

In the Borneo state of Sabah, there are also a number of parties, but the neighboring state of Sarawak is dominated by the Gabungan Parti Sarawak (GPS). This organization tends to align with whichever party or coalition forms the federal government.