The Asian Affairs > Latest News > Malaysia > Despite Rafizi affiliations, Saifuddin believes he has no issues with Nurul Izzah 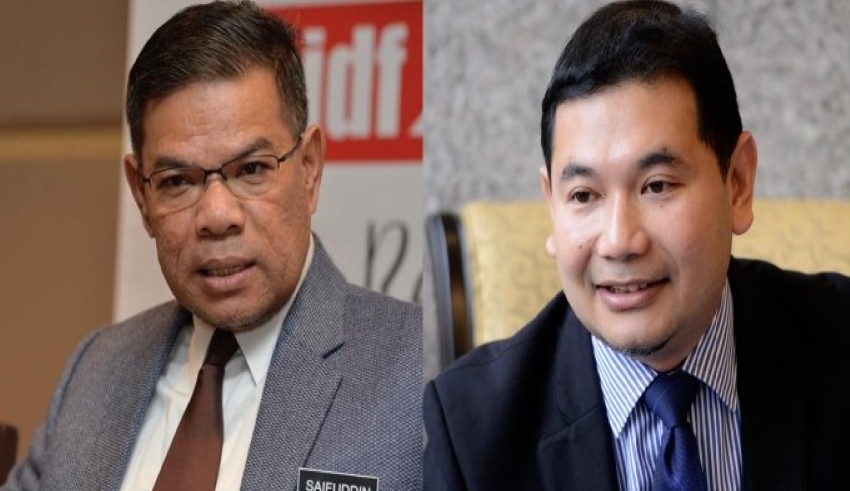 Despite her apparent alliance with Rafizi Ramli, who is running for PKR vice president alongside him, Datuk Seri Saifuddin Nasution Ismail stated that he had no animosity towards Nurul Izzah Anwar.
(C) Focus Malaysia

Malaysia – Despite her apparent alliance with Rafizi Ramli, who is running for PKR vice president alongside him, Datuk Seri Saifuddin Nasution Ismail stated that he had no animosity towards Nurul Izzah Anwar.

Instead, Saifuddin said that the Permatang Pauh MP and daughter of PKR president Datuk Seri Anwar Ibrahim would always be considered family.

Saifuddin said in an interview that one of the first persons he notified when he chose to run for the PKR deputy president in the upcoming internal elections was Nurul Izzah.

“People ask whether I’m afraid of Izzah, but I treat her like my sister, you know?” On the day I made my announcement, I contacted Izzah, and her response was so kind that it made me sentimental,” he stated.

‘Datuk, no matter who wins or does not have that chance, we will fight the same war,’ Saifuddin told Malay Mail, referring to a text Nurul had written to him. Allowing everyone the opportunity to participate requires forgiveness and understanding. For far too long, we have been hampered by divisions. It’s time to band together. You’ve taught me a lot about patience, so let’s keep our commitment to the next generation.”

Saifuddin and Rafizi are vying for the deputy presidency, and Nurul Izzah’s backing may tip the scales in Rafizi’s favor.

When the previous holder, Datuk Seri Azmin Ali, departed from the party during the 2020 “Sheraton Move,” the seat became vacant.

Rafizi and Nurul Izzah have made public comments critical of the party and the bigger Pakatan Harapan leadership and direction in the run-up to the election.

Rafizi said that the party’s popularity is dwindling as seen by its results in the Melaka, Sabah, Sarawak, and Johor state elections.

This has resulted in the formation of divisions within the party, with some supporting the existing leadership and others supporting Rafizi and Nurul Izzah. Saifuddin, however, asserted that he did not engage in factionalism.