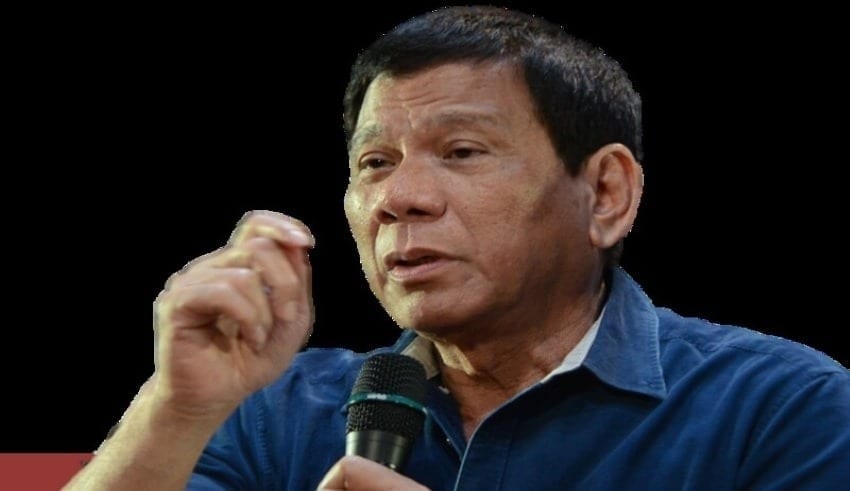 MANILA – President Rodrigo Duterte on Monday afternoon will be conducting inspection in the hardest hit areas of Typhoon Rolly in Bicol Region and Calabarzon from the havoc brought upon by the the world’s strongest typhoon this year which killed 16 people and hundreds of thousands evacuated.

Typhoon Goni (Local name: Rolly) battered provinces south of the capital Manila on Sunday, is the 18th typhoon to hit the country this year. It’s one of the strongest typhoons since Haiyan that left more than 6,300 people dead in 2013.

According to presidential spokesperson Harry Roque, the government’s goal should be zero casualty but since they were forcibly evacuated the people, the casualties were greatly reduced.

Roque also confirmed that President Duterte will be flying from Davao to Manila today and will be conducting aerial inspection in Bicolandia and Calabarzon En-route to Manila.

Go also confirmed that the president will also have a situation briefing with Cabinet officials after visiting Albay.

The President’s scheduled inspection comes after #NasaanAngPangulo trends on Twitter as Typhoon Rolly battered the Bicol Region. Go and Roque assured the public that the President is monitoring the situation closely from his hometown Davao City.