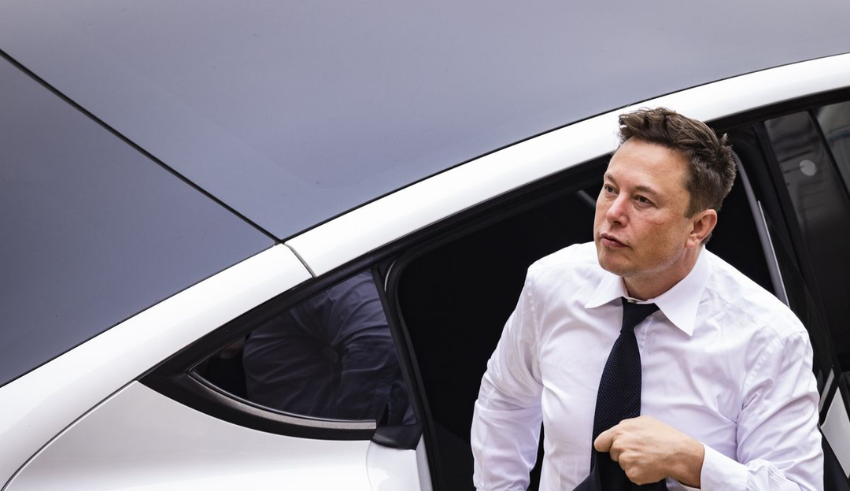 Elon Musk has denied having an affair with Nicole Shanahan, wife of Sergey Brin, co-founder of Google, his friendship with Mr. Brin ended due to the alleged affair
(c) Bloomberg

Elon Musk, the CEO of Tesla, has denied having an affair with Nicole Shanahan, who is married to Sergey Brin, one of the co-founders of Google.

The comments made by Mr. Musk came after it was reported in the Wall Street Journal that his friendship with Mr. Brin had come to an end as a result of the alleged affair.

Elon Musk, the CEO of Tesla, has denied having an affair with Nicole Shanahan, who is married to Sergey Brin, one of the co-founders of Google.

The comments made by Mr. Musk came after it was reported in the Wall Street Journal that his friendship with Mr. Brin had come to an end as a result of the alleged affair.

Mr. Musk replied to the claim as “total bs” in response to a link to the tweet that was posted on Twitter by another user. Mr. Musk continued by saying that he and Mr. Brin are still good friends and that the two of them were “at a party together last night!”

The Wall Street Journal reported, citing individuals with knowledge of the situation, that Ms. Shanahan and Mr. Musk were involved in a brief affair toward the end of the previous year.

According to the publication, this led to Mr. Brin filing for divorce early this year, putting an end to the long friendship that had existed between the two high-profile technology millionaires.

Nevertheless, Mr. Musk wrote, “I’ve only seen Nicole twice in three years, both times with many other people around. Nothing romantic”.

According to the Wall Street Journal, which cited a source close to Ms. Shanahan, the couple is “separated but still living together.”

Mr. Musk wrote the following in a subsequent tweet: “WSJ [Wall Street Journal] has written so many bs hit pieces on me and Tesla I’ve lost count.”

The article reported that Mr. Brin and Ms. Shanahan are in the process of negotiating a divorce settlement, despite the fact that they have a prenuptial agreement. The compensation might be as high as $1 billion (£830 million).

According to her LinkedIn profile, Ms. Shanahan is an attorney practicing in the state of California. She is also the creator of the legal technology company ClearAccessIP as well as the Bia-Echo Foundation.

The Bia-Echo Foundation is a charitable organization whose mission is to encourage “reproductive longevity and equality, criminal justice reform, and a healthy and livable planet.”

Mr. Musk, who is also the CEO of the rocket company SpaceX, is now in the middle of a court dispute around his aborted proposal to acquire Twitter for a price of $44 billion.

After he made the announcement that he was withdrawing from his planned takeover of the company earlier this month, the social networking platform filed a lawsuit against him.

According to the Bloomberg Billionaires Index, Mr. Musk has the largest personal fortune in the world, with an estimated value of more than 240 billion dollars.

Mr. Brin is currently ranked as the seventh richest person in the world, according to the same ranking, with an estimated worth of approximately $95 billion.