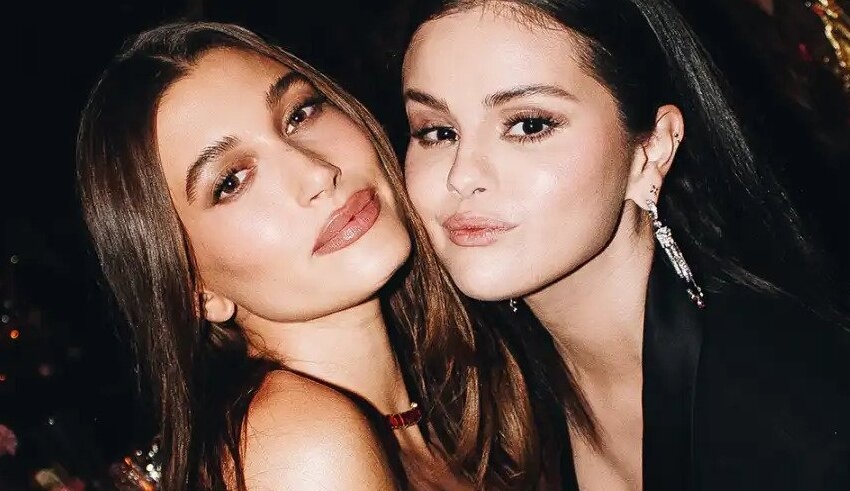 Justin Bieber's ex and wife in one frame? Hailey Bieber and Selena Gomez poses together for a few fun snapshots at the grand 2022 Academy Museum Gala.
(c) US Weekly

Selena Gomez and Hailey Bieber pose for their first photo together at the 2022 Academy Museum Gala in Los Angeles, putting an end to a year’s worth of rivalry rumors.

On Monday, October 17, photographer Tyrell Hampton posted a photo of the two on Instagram and described the occasion as a “plot twist.”

Selena and Hailey have been pitted against one other online for years, due to the fact that Selena dated Justin Bieber, Hailey’s husband, on and off for eight years, while Hailey has been married to the Canadian singer since 2018.

The public appearance of Selena and Hailey also occurred after the model revealed on a September podcast that she and Justin’s ex have “moved on from any sort of turmoil.”

In the podcast, Hailey also dispelled rumors that she took Justin from Selena, stating that she appreciated the extensive history between the former couple. “We owe no one anything other than respect. I have much regard for her. And I believe there are no expectations…. There is no personal drama,” Hailey stated at the time.

In September, Justin and Hailey celebrated their fourth wedding anniversary. There are rumors that Selena is dating Canadian film producer Andrea Lervolino.