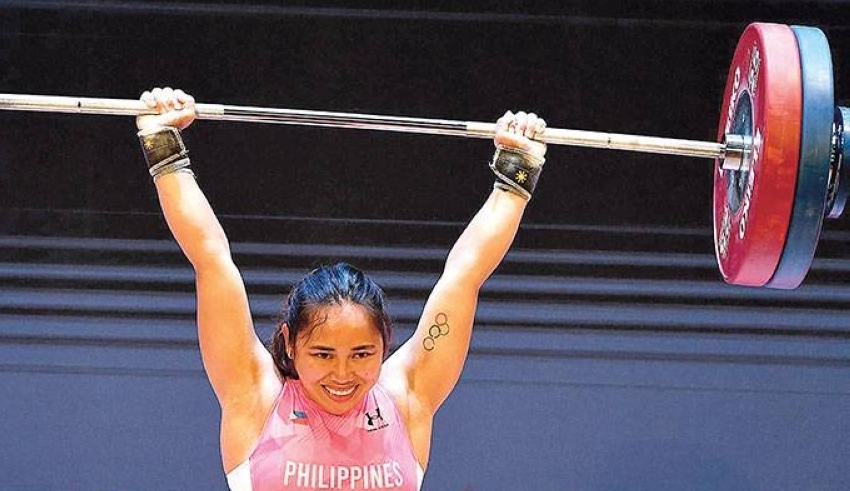 Hidilyn Diaz has finished her collection of gold medals.

She cleared 93kg on snatch and 114kg on clean and jerk for a total lift of 207kg to beat out home bet Rosalba Morales of Colombia and Ana Gabriela Lopez of Mexico.

But her much awaited crowning moment came in Colombia when Diaz performed a sweep of all three gold medals in the same event where she earned the Philippines its first-ever Olympic championship in the Tokyo Games last year.

She topped the snatch and the clean and jerk with almost no contest and ended eight kilos clear of silver medallist Morales.

What looked to be a knee ailment impeded the top seed Morales in her effort to grab gold in front of her compatriots as she placed third in snatch with 89kg and second in clean and jerk with 110kg for a total lift of 199kg.

Morales sought to put pressure on Diaz by trying for 115kg only to get back-to-back no lifts on her last two clean and jerk efforts.

With the gold in the bag, Diaz aimed for 117kg and 121kg to expand her advantage but failed.

Lopez finished up with bronze with a total lift of 198kg after clearing 90kg for second place in snatch and 108kg for third place in clean and jerk.

Earlier at the global championships, Nestor Colonia launched the Philippines campaign with a seventh-place result in the men’s 55kg division.