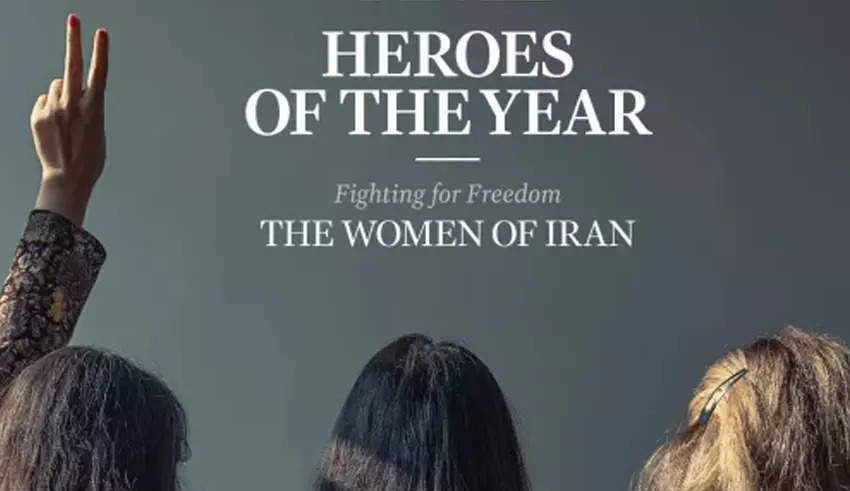 They are spearheading a movement that may be described as educated, liberal, secular, reared on higher aspirations, longing for normalcy, Azadeh Moaveni says
(c) The Economic Times

On Wednesday, December 7, Time magazine named the Iranian women its “Heroes of the Year” for 2022, honoring their struggle for freedom from official restraints.

The murder of Kurdish Iranian lady Mahsa Amini, who was imprisoned for refusing to wear the hijab, in September of last year sparked weeks of protests across Iran against stringent Islamic norms. Hundreds have died as a result of the conflict.

“Younger ladies are currently present on the streets. The movement they’re leading is educated, liberal, secular, brought up with higher expectations, and desperate for normalcy: college and international travel, decent jobs, rule of law, access to the Apple Store, a meaningful role in politics, and the freedom to say and wear whatever they want,” Time’s Azadeh Moaveni wrote.

Tuesday, the Revolutionary Guards of Iran urged the country’s judicial system to “show no mercy to rioters, thugs, and terrorists.” Badri Hosseini Khamenei, the sister of Iran’s Supreme Leader Ayatollah Ali Khamenei, criticised his crackdown on the demonstrations the next day.