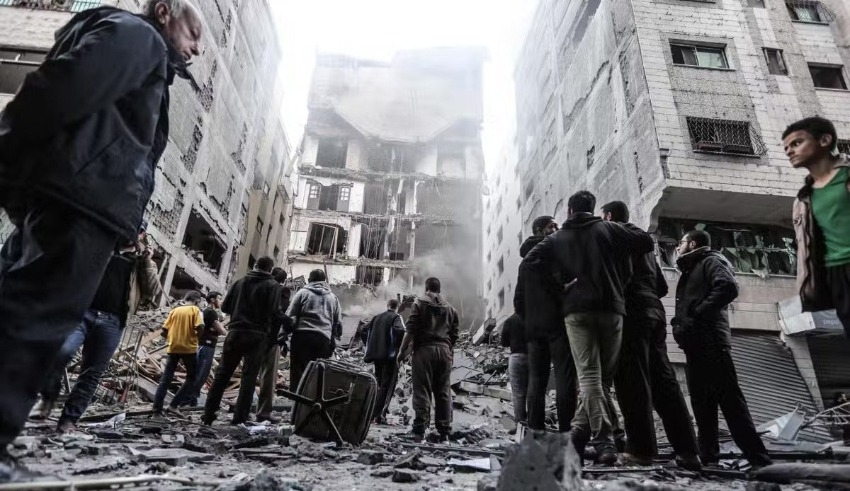 Israel and the Palestinian Islamic Jihad militant organization agreed a ceasefire, increasing expectations of an end to the most significant flare-up this time.
(c) The Independent

Late on Sunday evening (August 7), Israel and the Palestinian Islamic Jihad militant organization agreed a ceasefire, increasing expectations of an end to the most significant flare-up on the Gaza border in more than a year.

Throughout the course of the weekend, Israeli troops bombarded Palestinian sites, which resulted in rocket assaults against its cities. These attacks had largely subsided by the time the truce went into effect at 11.30 p.m., however.

Both Israel and Islamic Jihad issued separate statements announcing the truce, in which they thanked Egypt for facilitating the agreement. Egypt commended both parties for their cooperation.

The three-day battles were reminiscent of the preludes to previous conflicts in Gaza; nevertheless, they were largely controlled since Hamas, the ruling Islamist group in the Gaza Strip and a more formidable force than Islamic Jihad supported by Iran, has so far stayed out of the fighting.

Officials in Gaza reported that 44 Palestinians, including children, had been killed up to this point. Almost half of the victims were civilians. Residents of cities such as Tel Aviv and Ashkelon were forced to seek shelter as a result of the rocket fire, which endangered a large portion of southern Israel.

On Friday, Israel carried out what it refers to as “pre-emptive strikes” against what it believed would be an attack by Islamic Jihad in the occupied West Bank. Israel believed this attack would be carried out as retaliation for the arrest of a commander of the group, Bassam al-Saadi.

As a retaliatory measure, Islamic Jihad launched hundreds of rockets towards Israel. Ziyad al-Nakhala, the leader of the organization, spoke at a news conference in Tehran and stated that efforts would be made to “secure the release” of al-Saadi. Requests for comments from both Israeli and Egyptian officials were not immediately met with a response.

On Sunday, Islamic Jihad expanded its range to include fire into Jerusalem in what it termed as reprisal for Israel’s killing, the previous night, of its southern Gaza commander. This was the second senior leader that Islamic Jihad had lost as a result of the battle.

Just to the west of the city, Israel’s Iron Dome anti-rocket system is credited with shooting down the rockets. The military said that others had missed their targets, which resulted in the deaths of several people in Gaza, while Hamas claimed that all Palestinian casualties were the result of Israeli strikes.

Palestinians, still reeling from the effects of the most recent round of violence and following the outbreaks of war in 2008–2009, 2012, 2014, and the year before, sifted through the rubble of destroyed homes in an effort to retrieve personal things.
“Who among us desires a war? No one. On the other hand, we do not enjoy remaining silent in the face of the murder of children, women, or political figures,” said a Gaza taxi driver who went by the name Abu Mohammad but gave no further identifying information. “An eye for an eye.”