The Asian Affairs > Latest News > Philippines > How long can the Sierra Madre range shelter Manila from the forces of nature? 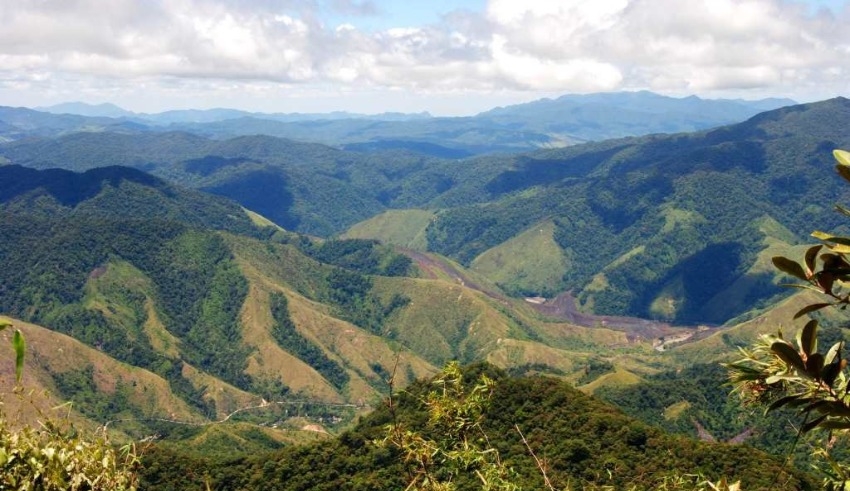 Over 540km long, the Sierra Madre forms the island of Luzon's spine. It's a unique region of ancient forests and wildlife found nowhere else in the world.
(c) Flickr

MANILA: The Dumagat people, who live in the Sierra Madre mountains, have always had basic aspirations.

The mountain range has served as both a source of food and a shield for the tribe. Prosperity of the Dumagat’s ancestral realm rests only on their stewardship of their ancestral forest and streams.

Danny Escaraga, a tribe leader from Quezon, says, “We only wish we could eat every day and live correctly.”

“The natural world is where we first became aware of our culture and traditions.  The Sierra Madre provided us with all of our resources,”

Over 540 kilometers long, the Sierra Madre forms the island of Luzon’s spine. It’s a unique region of ancient forests and wildlife found nowhere else in the world that’s worth its weight in gold.

Since time immemorial, the mountain range that towers over Manila’s horizon has protected millions of city people from the worst of the Pacific Ocean’s storms. As a result, the city has avoided floods due to its woods’ ability to absorb rain from numerous typhoons.

It’s also a volatile frontier, where environmentalists and developers vie for control of the land and resources.

The Sierra Madre’s defenses have been gradually eroded throughout time. Because of the increasing severity of climate change’s effects, losing this natural barrier would be disastrous.

Environmental policy specialist Tony La Via, executive director of the Manila Observatory, said: “It’s vital, not just for Metro Manila, but for all of Luzon.”

Because of deforestation, he stated, “the protection goes, if the mountains are “literally chopped down to size for quarrying purposes.”

Estimates indicate that the Philippines has lost nearly 90% of its indigenous forest cover since the early Spanish colonization of the island nation. Despite bans on logging and efforts to stop illegal forest activities, deforestation has continued.

The Duterte administration’s Enhanced National Greening Program, which aims to rehabilitate the country’s forests, has had mixed results.

Even though billions of seedlings have been planted as part of the program, young trees have a low survival rate, and the effective restoration has only mitigated the continuous deforestation in other places.

Researchers discovered a resurgence in deforestation in the Sierra Madre range between 2016 and 2018, following a five-year decline.

According to DENR representatives, it is difficult to limit the intrusion of illegal and unwelcome influences into Sierra Madre regions, especially in more remote places.

According to Gwendolyn Bambalan, director of the DENR’s Region 2 (the northern Sierra Madre), “the enforcement and protection of the park is definitely a challenge to us.”

Since carbon sequestering takes place here and serves as a natural barrier to any disasters that might strike us, “it’s actually very significant for us,” she said.

Multiple watersheds are located in the mountain range. The Pasig River, Marikina River, and Manila Bay are all connected by water that falls in the countryside.

The government of the Philippines aims to use the water as a solution to the capital’s water shortage. Dumagats will stand in the way, nevertheless.

It was a shock to Danny Escaraga to see how large man’s impact had become when he first left his forest home and entered the bustling capital city.

Fearing the concrete cityscape that he used to marvel at will soon be built on the land of his people, he plans to leave before it is too late.

The Kaliwa Dam project, supported and funded by the Chinese government, aims to deliver 600 million liters of Sierra Madre raw water to a rapidly expanding metropolis.

Initially, it was planned to be a hallmark project of the Duterte Administration, but now it is being implemented by President Bongbong Marcos’ new government instead. While considerable development is taking place near the dam’s construction site, the dam’s completion is far from certain.

The terrain around the Quezon municipality of General Nakar, where the Dumagat tribe resides, has already been altered by climate change and development forces.

A dangerous game is being played here and across the country to prevent more environmental devastation.