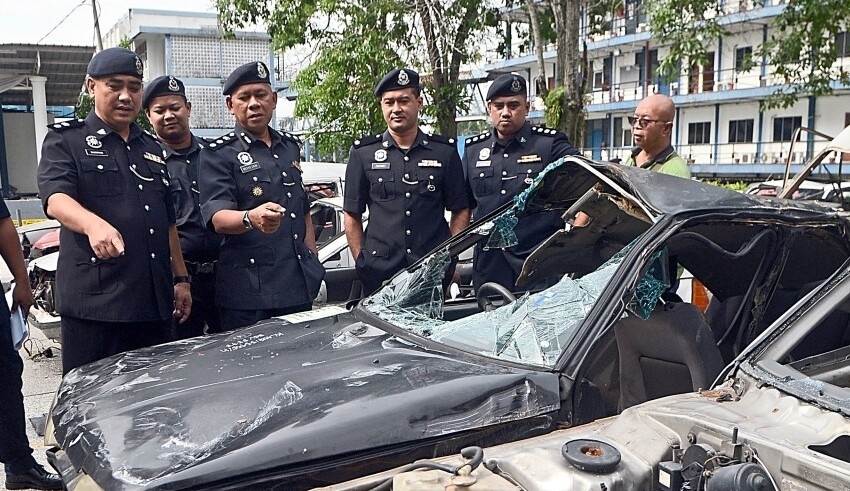 Given the absence of legal action taken against them thus far, such syndicates are also enjoying their new modus operandi, which requires no effort.
(c) The Star

Car thieves in Malaysia are doing it the easy way now. They pay a small fee to rent luxurious cars, disable the Global Positioning System (GPS) in them and go off the radar.

Apart from the bare minimum effort, such syndicates are also enjoying their new modus operandi given the lack of legal action against them so far.

Many victims, the majority of whom are large corporations and even app-based vehicle rental firms, assert that their instances were not even deemed crimes. Instead, they were instructed to file suit against the “tenants” for “breaching their contract.”

In the meanwhile, the syndicates offer the non-blacklisted “stolen” automobiles for sale.

The Star’s months-long research revealed that these automobiles are sold for extremely low rates ranging from RM3,000 (S$913) to RM70,000, depending on the models and brands.

Their favorite vehicles include the Toyota Vellfire, the Ford Ranger, the Toyota Hilux, the Proton Wira, and the Perodua Myvi.

Some of these automobiles are sold locally, while others are driven into Thailand and sold as complete vehicles or as spare parts.

If victims seek to retrieve their automobiles, they will be required to pay between RM5,000 and RM10,000, or they would have to say goodbye.

With the anonymity provided by social media and other online sale channels, selling these stolen autos locally poses no difficulty.

Malaysian racist tendencies come out during the AFF Cup

Singapore didn’t impose COVID restrictions on Chinese tourists unlike others

These syndicates promote their stolen “goods” in several organizations, including online marketplaces, under the guise that they are selling automobiles with loan defaults.

Kereta JT or Jual Terus (direct sales), Kereta Piang or Piang Lari Bank (cars with outstanding debts), and Kereta Murah (cheap automobiles) are but a few of the aliases employed by these syndicates to conceal the true state of the vehicles.

Nasrul, age 37, one of the victims, posted screenshots of his stolen Toyota Hiace being offered on an internet site.

“My friend attempted to contact the vendor, but the man informed him that the van had already been sold.”

“They did not list a price, but they did list the van’s release year,” the victim added.

The individual who stole his automobile was observed regularly selling autos on Facebook and Telegram groups.

Even more odd is the belief that some of these syndicates may give funding for the automobiles.

Some even supply phony permits, which are only detectable if authorities examine and compare the chassis numbers on the paperwork with the engine serial numbers.

“Because the chassis numbers of luxury vehicles are located well beneath the engine, it is difficult for authorities to examine them at checkpoints, so customers have nothing to fear. They are free to wander,” a victim who sought anonymity claimed.