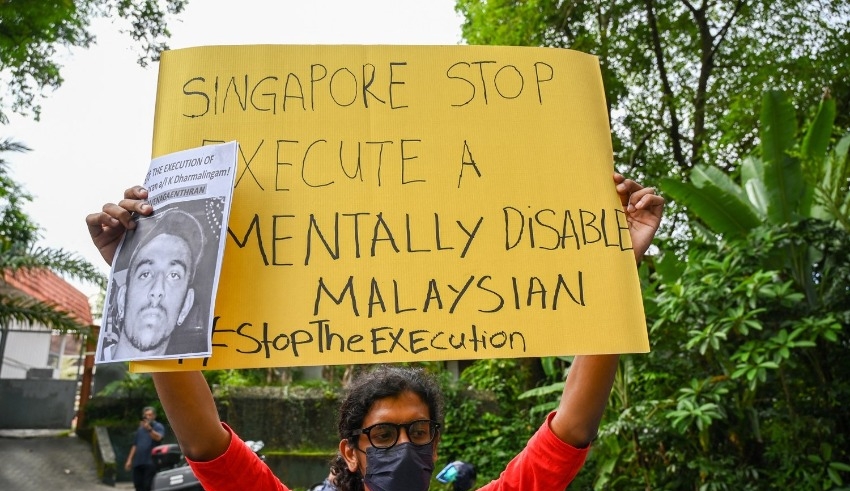 Malaysia’s government announces the abolishment of the death penalty, putting an end to executions. Human rights organizations praise them for the decision.
(c) Benar News

MALAYSIA: Malaysia’s government has announced that it will abolish the death penalty and put an end to all executions, in a rare gesture against capital punishment in Asia that has been praised by human rights organizations.

Malaysian law minister Wan Junaidi Tuanku Jaafar announced in a statement that mandatory death sentences for major crimes would be replaced with “alternative punishments” at the judges’ discretion.

He added that this demonstrates the government’s focus on ensuring that all parties’ rights are respected and guaranteed, demonstrating the country’s leadership’s transparency in reforming the criminal justice system.

According to the statement, relevant legislation will be revised, and additional research will be conducted on alternative sentencing for a number of offences that carry the death penalty, including drug charges.

Malaysia, like many of its Southeast Asian neighbors, has famously strict drug policies, including the death penalty for drug traffickers.

In 2018, the country imposed a moratorium on executions, although death penalty statutes remained in place, and judges were obligated to sentence convicted drug traffickers to death. Terrorist activities, murder, and rape that resulted in death were all still grounds for the death penalty.

The government’s decision comes three years after human rights activists chastised it for backtracking on an earlier commitment to ban capital punishment completely.

Rights groups applauded the action on Friday, calling it a “important step forward” for the country and the region.

Phil Robertson, a Human Rights Watch’s deputy Asia director, said that Malaysia’s public announcement that it will abolish the mandatory death penalty is a significant step forward, especially when one considers how capital punishment trends in neighboring countries like Singapore, Myanmar, and Vietnam are heading in the exact opposite direction.

According to a recent Amnesty International report on global executions, no executions were carried out in Malaysia in 2021.

“As of 12 October [2021], 1,359 persons were facing death sentences, including 850 who had received their death sentences and were appealing for a pardon and 925 who had been convicted of drug-related offenses,” according to the study. It was reported that 526 of the 1,359 people sentenced to death were foreigners.

However, executions have increased in other Southeast Asian countries such as Myanmar, Vietnam, and Singapore, which recently executed an intellectually challenged Malaysian prisoner despite international outrage.

Myanmar confirmed weeks ago that two individuals guilty of “being complicit in terrorist acts” will be executed, marking the country’s first judicial executions in decades since the military coup.

Human Rights Watch’s Robertson praised Malaysia’s decision as a sign of progress, but said the government needed to back up its words with action.

He said that they needed to see Malaysia implement the actual legislative adjustments to put this vow into action as they’ve been down this road before, with successive Malaysian governments promising a lot but delivering very little on human rights.