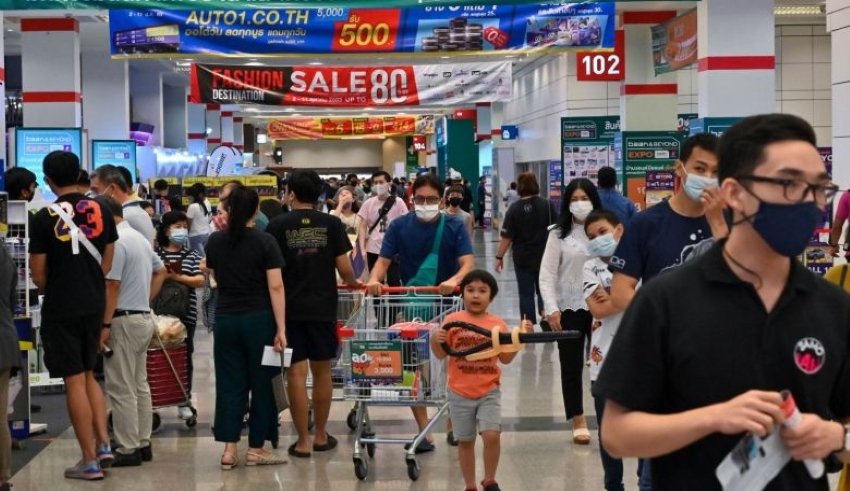 Thailand will expand tax incentives to millions of its middle and upper income classes.
(C) straitstimes.

In order to fire up demand and fight the worst economic downturn caused by the coronavirus pandemic, Thailand will expand tax incentives to millions of its middle and upper income classes.

The concession would allow around 3.7 million taxpayers, Deputy Prime Minister Supattanapong Punmeechaow told reporters in Bangkok on Wednesday (Oct 7), to subtract 30,000 baht (S$1,306.15) each from their total taxable income and will cost the government 11 billion baht.

The plan, accepted by the Economic Situation Administration Centre led by Prime Minister Prayut Chan-o-cha, will now be submitted for approval by the Cabinet. Thailand is banking on an extensive fiscal strategy, like most emerging market economies, to cushion the blow from the virus outbreak that has ravaged its tourism and exports.

In addition to the 51 billion baht cash handouts approved last week by the Cabinet, the tax cuts will be aimed at 24 million low-income groups and welfare cardholders. In fact, The Monetary Policy Committee of the Bank of Thailand wants fiscal policy to play a greater role in promoting economic growth in the future with the continuous implementation of government policies in a targeted and timely manner.

Together, the new tax cuts and co-payment programmes could improve the Thai economy by 200 billion baht in the final quarter, Mr. Supattanapong stated

According to a government release, the tax relief will exempt expenditure on alcohol , cigarettes, lottery, hotel and airline expenses and will be effective between Oct 23 and Dec 31.