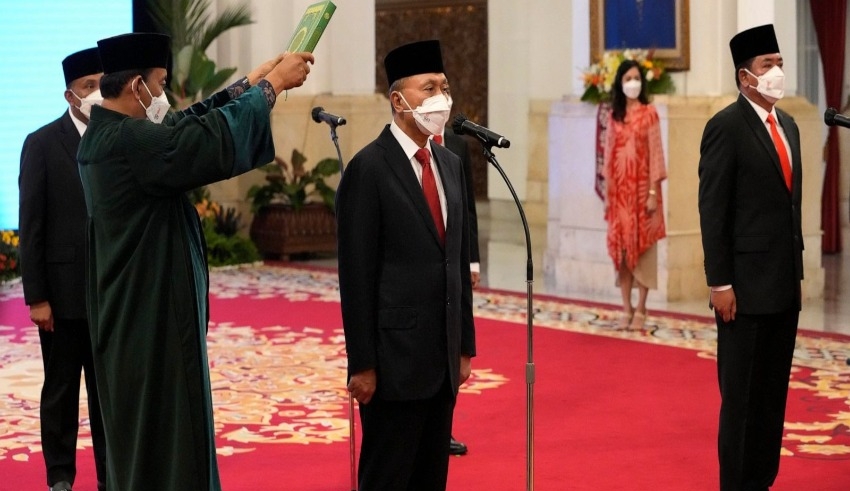 INDONESIA: Indonesian President Joko Widodo announced a cabinet overhaul on Wednesday, June 15, in response to outrage over a series of policy shifts on palm oil exports.

During an official ceremony at the presidential palace, the president named Zukifli Hasan, the chairman of the National Mandate Party (PAN) and a former forestry minister, as the country’s new commerce minister.

The reshuffle comes after political pressure was applied to former trade minister Muhammad Lutfi for actions aimed at limiting a surge in domestic cooking oil prices, including a surprise restriction on palm oil shipments from the world’s largest exporter.

The three-week export embargo, which was lifted on May 23, sent shockwaves across global markets and resulted in several arrests for alleged wrongdoing after the attorney general initiated an inquiry.

Political analysts believe the president was considering appointing a PAN member to his cabinet after the party, which is linked to well-known opposition politician Amien Rais, joined the ruling coalition last year.

President Jokowi, as he is known, is presently serving his second term in office. He also announced changes to the agriculture and spatial planning ministry, naming Hadi Tjahjanto, the former head of the armed forces.

Three deputy ministers were also appointed to the ministries of manpower, spatial planning, and home affairs.