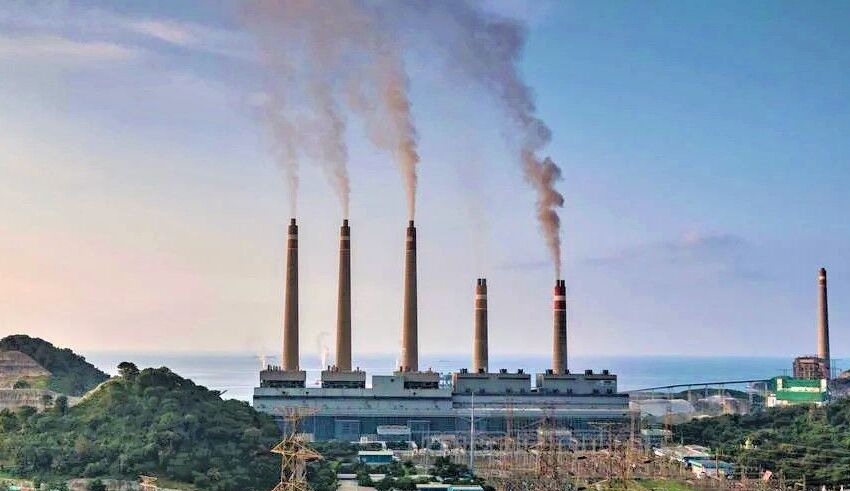 At a time when the global outlook is bleak, the promise of foreign funding to assist Indonesia in reducing its emissions is a clear cause for celebration.
(c) Indonesia Water Portal

At a time when the global outlook is bleak, the promise of foreign funding to assist Indonesia in reducing its emissions is a clear cause for celebration. The question is at what volume.

Delegates at COP27, the world’s top climate change conference, spent the majority of this year’s summit in Sharm el-Sheikh, Egypt, worried that geopolitical tensions and economic pressures will decrease decarbonization goals. The outcome of the two-week summit remains uncertain, but there is cause for optimism in one critical area.

How to move more of the $470 trillion in global financial assets towards the developing world, which the International Energy Agency forecasts will account for the majority of the increase in global emissions over the next two decades, is arguably the greatest challenge in climate financing.

In the absence of a 10-fold increase in yearly foreign investment in these regions to $1 trillion by 2030, climate expert Nicholas Stern predicts that global warming could exceed 1.5 degrees Celsius, triggering considerably more severe climate change. This is where the private sector comes in, which is why Just Energy Transition Partnerships (JETPs) have the ability to revolutionize the game.

President Joko Widodo has pledged to shut down the coal-fired power facilities that make Indonesia the ninth-largest emitter of carbon dioxide, so that his country’s power sector emissions will peak by 2030. A consortium of wealthy countries has pledged $10 billion over the next three years to fund this endeavour. Seven multinational banks, including HSBC (HSBA.L), (0005.HK), Citigroup, and Bank of America (BAC.N), have pledged to match this amount.

On the surface, the numerals appear to be empty gestures. According to the IEA, Indonesia’s yearly expenditure on renewable energy alone must climb from $2 billion in 2020 to $38 billion by 2026. According to Indonesia’s own calculations, the annual cost of the entire transition, which includes closing down coal facilities and compensating redundant people, might surpass $150 billion until 2030.

This, however, understates the ambitions of the Glasgow Financial Alliance for Net Zero, the umbrella organization established by former Bank of England governor Mark Carney before to COP26 to compel businesses to set decarbonization targets.

US confirms Biden-Xi meeting in Indonesia next week

GFANZ currently consists of lenders and insurers representing approximately $150 trillion in assets, and its objective is for Indonesia to use the $10 billion in public funds as bait to attract multiples of that amount in private capital. According to data from the International Finance Corporation, “concessional” financing granted by public entities at below-market interest rates can frequently attract 10 times its own amount of private financing.

The precise level of Indonesian public-private leverage depends on the proportion of the first $10 billion that consists of grants and inexpensive loans. Neither Jakarta nor its foreign lenders are commenting at this time. However, bankers at COP27 have a general concept of how it may be utilized.

One of the primary reasons investors avoid supporting early-stage infrastructure projects in emerging markets is the difficulty of acquiring and negotiating permissions. A substantial portion of the $10 billion might be used to streamline these processes, thereby encouraging investors to take the jump. Alternatively, the cash might safeguard international lenders against losses if the Indonesian rupiah collapses or if governments are unable to pay the agreed-upon prices for electricity generated by new solar facilities.

In contrast to South Africa, which took about a year to develop its JETP into a plan, Indonesia begins with a number of completed projects, including one aimed at shutting down 660 megawatts of coal power. The objective is to incentivize Cirebon Electric Power to shut down a significant facility 15 years earlier. The specifics are not yet verified, but inexpensive loans from the Asian Development Bank might provide 20% of the cash needed to repay the project’s senior debt, with private sector funds covering the remainder. The combination of less expensive finance and greater leverage would enable the company to earn the same return in less time.

There is a strong incentive for businesses to support official initiatives in a nation where business is frequently state-led. The true objective is to recruit GFANZ members who do not currently invest in Indonesia.

Lenders will have to overlook numerous issues. Indonesia is placed 96 on Transparency International’s Corruption Perceptions Index for 2021, despite the fact that JETP branding and governmental funding are major incentives. The GFANZ working group will need to guarantee that Jakarta fulfills its decarbonization obligations. It must also determine how to pay up to 465 000 coal workers in Indonesia.

Banks will also need to persuade their own environmentally conscious investors to support new coal-powered projects. The short-term gains may be enticing, but there are simpler and clearer returns to be had by lending elsewhere. For instance, the United States provides substantial subsidies to renewable energy companies.

JETPs are an excellent idea. But big initiatives to attract investment in developing countries can be harrowing: just ask China, which lost tens of billions of dollars via its Belt and Road initiative after lending $1 trillion over a decade. Indonesia, South Africa, and prospective future JETP nations Vietnam, Senegal, and India have substantial incentives to ensure the success of their decarbonization programs. However, skeptic providers of foreign finance will need to look beyond the sticker.