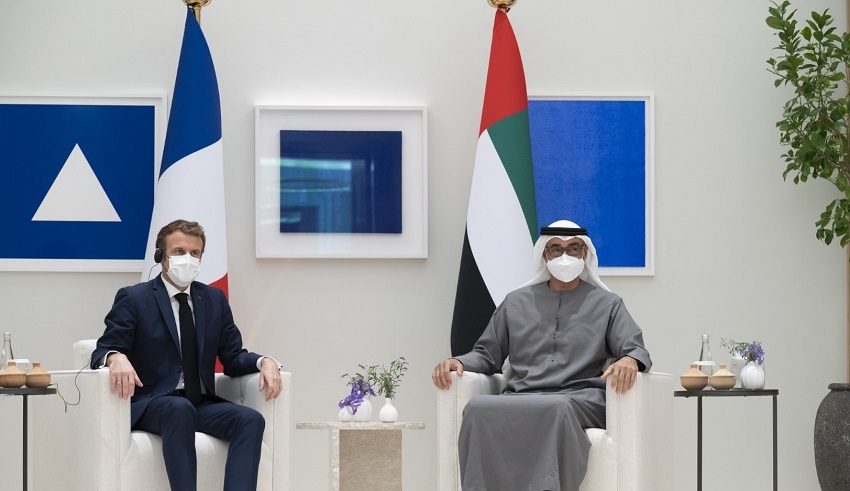 The agreements and Memorandums of Understanding inked during the visit, which would strengthen the strategic alliance between the UAE and France, were praised by international media sources.

According to the French newspaper Le Monde, Emmanuel Macron’s presidency has seen an unparalleled growth in the two countries’ relations. It stated that the UAE has grown to be the focal point of French policy in the Arab and Islamic countries.

The publication also praised the stability and quick economic growth of the UAE in its report. It emphasised the shared history between the two nations as well as the former French president Jacques Chirac’s love for the character, charisma, and regional and global importance of the late Sheikh Zayed bin Sultan Al Nahyan.

The Washington Post noted that the UAE and France had signed a comprehensive strategic partnership agreement in the energy sector. The French Minister of Finance and Economy, Bruno Le Maire, was quoted as saying that the accord is strategically significant for tackling issues with energy security.

The French president’s visit, which included discussions on a number of Arab and regional concerns, and the extensive strategic partnership deal that the two nations inked were both praised by the American publication.

According to The Telegraph, the leaderships of the UAE and France support their close ties.

According to Hend Al Otaiba, the UAE ambassador to France, the UAE’s friendship with France is based on decades of strong ties, Monte Carlo Radio observed the considerable growth in bilateral relations between the two countries.

According to CNN, the two nations’ comprehensive strategic partnership deal on energy is based on their strong and entrenched bilateral connections. According to Bloomberg, the UAE boasts one of the Middle East’s most diverse economies and was one of the first nations to pledge to reduce emissions by 2050.