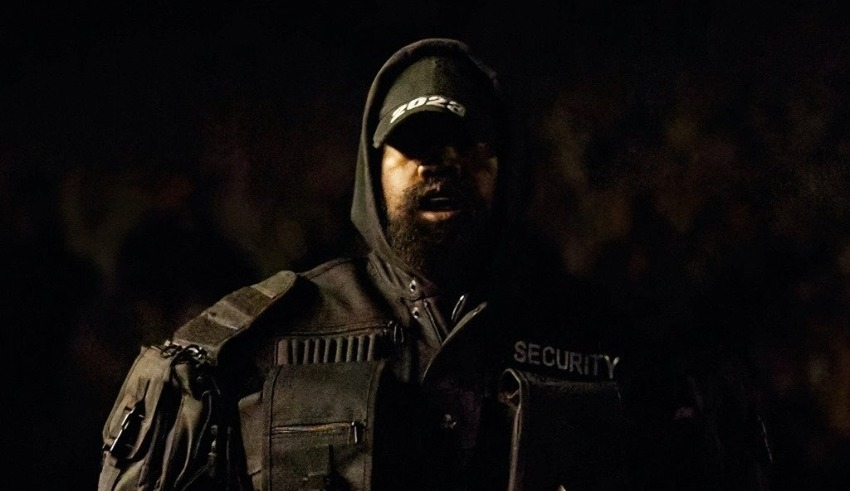 Later on in the event, Bella Hadid and a few other models on onstage with their faces painted to make it appear as though they had been "bruised and beaten."
(c) Footwear News

After much anticipation, Kanye West has finally made his debut on the runway.

The founder of Yeezy, who is 45 years old, walked the runway to launch the spring/summer 2023 show for Balenciaga over the weekend during Paris fashion week. He modeled an all-black, combat-ready ensemble that included a baseball cap and heavy-duty utility vest both branded with the word “Security.”

The actual runway, which took place in the open air at the city’s Parc des Expositions, was covered in what appeared to be an expanse of mud that was at least ankle-deep.

Later on in the event, Bella Hadid and a few other models on onstage with their faces painted to make it appear as though they had been “bruised and beaten.” The dramatic look was debuted not long after the headline-making stunt that Hadid performed at the end of the Coperni show. For that performance, Hadid closed the show wearing little more than a spray-painted design that had been applied in front of the audience in real time.

Demna Gvasalia, the creative director of Balenciaga, introduced the collection by introducing the concept that one’s unique identity is a “battlefield.”

An excerpt from his remark read as follows: “One needs to have the strength and determination to genuinely assume their identity and who they really are. And the more you attempt to be yourself, the more others will punch you in the face… After being beaten up and pushed down, the task is to pick yourself back up and keep moving in the direction of your own self.”

The conceptual artist Santiago Sierra, who is known for provocative work that investigate issues of socioeconomic inequity, was responsible for designing the muddy backdrop that was used for the performance. In order to complete one of his most infamous works, which was titled “160 cm Line Tattooed on 4 People” and was carried out in the year 2000, the artist paid a group of heroin-dependent prostitutes the price of a single hit of the drug in exchange for the privilege of tattooing a line across each of their backs.

Gvasalia provided an interpretation on Sierra’s performance, stating that it was “a metaphor for digging for truth and being down to earth.”

Betsey Johnson, a renowned fashion designer, was one among the many people who responded to Ye’s debut as a model on the runway. The rapper known for his hit “All of the Lights” uploaded to his Instagram Stories a screenshot of a text message that he had received from the legendary fashion designer who is now 80 years old.