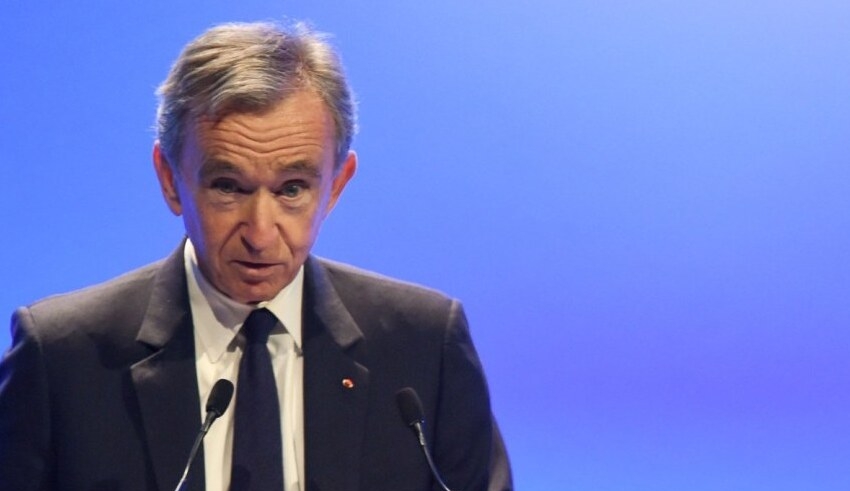 Bernard Arnault, who with his family is now wealthier than Elon Musk, turned LVMH into a global luxury empire by purchasing legendary companies, cementing his reputation as a tough and voracious businessman.

The 73-year-old Frenchman and his family ascended to the top of Forbes’ billionaire list on Thursday with a net worth of US$184 billion, dethroning the CEOs of Tesla, SpaceX, and Twitter.

The world’s leading luxury business, LVMH, has bought more than 75 brands over time.

Among them are some of the most recognizable names in fashion and luxury products, such as Louis Vuitton, Kenzo, Moet Hennessy, and Tiffany.

“Patience is a crucial trait in our family,” Arnault confessed in a 2012 television profile of himself.

Ten years later, when LVMH’s yearly sales had more than quadrupled to almost €64 billion (US$68 billion), he told France’s Radio Classique, “We can continue to advance, but let’s be patient.”

The businessman has also invested in French media, a move he described as “more on the patronage side” during a Senate hearing in January 2022.

Earlier this year, during a session before the French Senate, Arnault stated that he had intervened to suspend LVMH advertising in the Liberation daily after a front-page piece angered him.

Arnault was born in Roubaix, France on March 5, 1949, and joined his father’s public works construction company at the age of 22.

Just after graduating from the prestigious Ecole Polytechnique, he urged his father to convert the construction business into real estate development.

In 1981, with the election of socialist President Francois Mitterrand, Arnault left France for the United States.

On his return three years later, he purchased the indebted textiles company Boussac, prevailing over numerous formidable opponents by promising to save jobs.

However, he undertook a radical restructuring of the company, maintaining only a handful of its companies, notably the fashion house Christian Dior.

Arnault was 35 years old at the time.

The billionaire remembered recently on Radio Classique, “My father was astonished when I went to visit him and said, ‘We’re going to divert the family group and try to invest in something more promising, Christian Dior.'”

It would serve as the cornerstone of his luxury enterprise.

In 1987, trunk-maker Louis Vuitton and the wines and drinks firm Moet Hennessy merged to form LVMH.

Rivalry between the families who owned the two enterprises facilitated Arnault’s rise to power, and he seized control of the group in 1989 following 17 judicial actions.

Arnaud Cadart, portfolio manager at financial services firm Flornoy, told AFP, “He is a difficult negotiator but unrivaled, a visionary who knows how to surround himself with good people and who always gets his way in the end.”

However, Arnault’s ascension has not been without setbacks.

As part of an investigation into espionage, LVMH paid a €10 million fine to resolve a complaint last year.

In 2013, Arnault issued an apology for abandoning his effort to obtain Belgian nationality, which had sparked a storm of scandal that raged for months amid public discussion over the tax arrangements of the wealthy.

Obama brought him to the White House in 2011; Putin welcomed him to Moscow five years later; former French president Hollande cut the ribbon on his Louis Vuitton Foundation, while Trump did the same for a Vuitton workshop in Texas.

In addition, French President Emmanuel Macron attended the reopening of the famous department store Samaritaine, which is owned by LVMH, last year.

In Japan, China, and the Middle East, the luxury billionaire has access to the highest-ranking officials.

Arnault has five children who are all employed at LVMH, but he shows no signs of slowing down or passing over the keys just yet.

He makes it a point to visit all of the group’s Paris-based companies every week.

At the most recent general meeting, the age limit for his position as LVMH CEO was raised to 80, guaranteeing that the luxury company remains in family hands.

Arnault, who is married to a pianist and art enthusiast, also founded the Louis Vuitton Foundation, one of the most famous exhibition spaces for contemporary art in Paris.