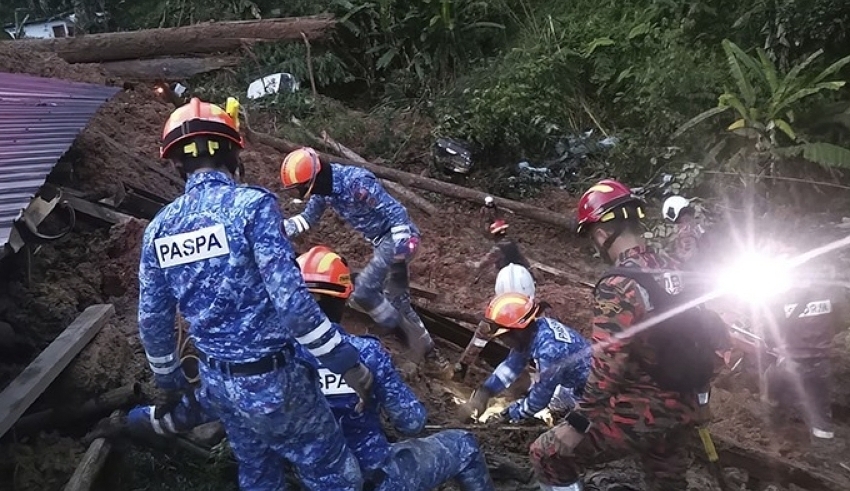 At 3 am on Friday, an unexpected dangerous roadside landslide in Selangor state, near Kuala Lumpur, happened near a dainty farmhouse with camping amenities.
(c) SunStar

After a landslide struck a campground in Selangor state early on Friday morning, the Malaysian fire service reported that two persons had killed and 51 were still missing. Search operations are underway.

The landslide in Selangor state, on the outskirts of the capital, Kuala Lumpur, occurred at around 3 a.m. (1900 GMT) on the side of a road near a farmhouse with camping facilities, according to a statement from the state fire and rescue department.

The department reported that 79 persons were swept away by the mudslide and 23 had been located safe. In addition to the two fatalities, three others were injured, and 51 people are still missing.

10 best shopping apps in the Philippines 2023

Calls mount on Malaysia to save 160 Rohingya refugees at sea

Malaysia is the 10th most influenced country by China

Norazam Khamis, the director of the department, stated that the landslide dropped from an estimated height of 30 meters (100 feet) above the campsite and covered an area of around 0.4 hectares (one acre).

The catastrophe occurred close outside the Genting Highlands, a major vacation region in the Batang Kali district to the north of the city.

Selangor, the wealthiest state in the nation, has had landslides in the past, which have often been ascribed to forest and land removal.

The region is in its rainy season, although there were no significant rains or earthquakes overnight.

A year ago, floods caused by excessive rain displaced over 21,000 people in seven states throughout the country.