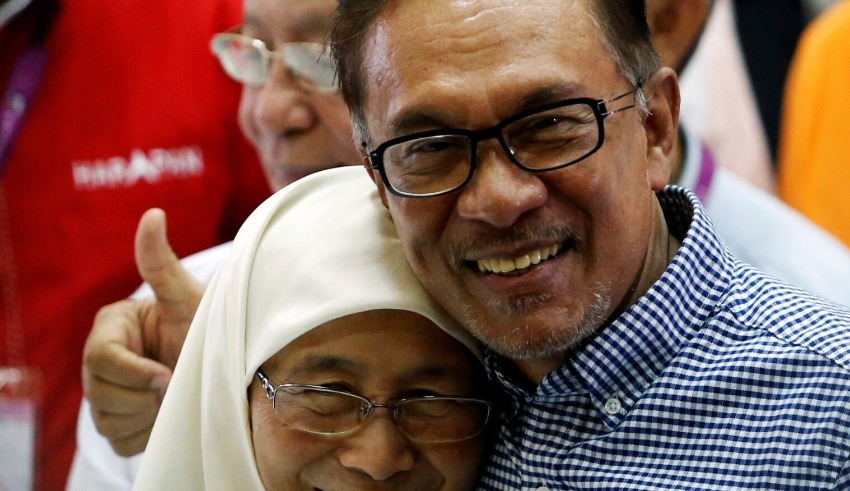 On Thursday, October 13 in the capital city of Kuala Lumpur, opposition leader Anwar Ibrahim stops during a news conference ahead of the 15th general elections.
(c) The Japan Times

Despite the odds, Anwar Ibrahim, the head of the opposition in Malaysia, expressed optimism on Thursday that his coalition may win a simple majority in the next general elections.

Anwar’s three-party Hope Alliance achieved a shock victory in the 2018 elections with the support of former prime minister Mahathir Mohamad, who rode a wave of outrage over government corruption. On his second stint as prime minister, Mahathir became the world’s oldest leader at the age of 92, but less than two years later, the government disintegrated due to infighting.

The United Malays National Organization (UMNO), which dominated Malaysia from its independence from the United Kingdom in 1957 until its defeat in 2018, has since returned to power as part of a coalition with a Malay majority.

Prime Minister Ismail Sabri Yaakob, an UMNO member, dissolved the Southeast Asian nation’s parliament on Monday for early elections, despite the monsoon season’s projected end-of-year floods. UMNO has been battling with its government allies and feels it can win big on its own after recent by-election triumphs.

Anwar attributed UMNO’s success in the by-elections on the low turnout of opposition voters, who were disillusioned by political wrangling and the collapse of his alliance.

Anwar, a former UMNO leader, was imprisoned during the 2018 elections for allegedly politically motivated sodomy allegations. Anwar, 75, was pardoned after his alliance won the election and was scheduled to succeed Mahathir prior to the fall of their administration.

Anwar acknowledged that the previous government led by Mahathir “did fail on several fundamental matters.” Previously, he stated that Mahathir, who has since created his own Malay party, was not totally dedicated to changes.

“I do not represent the previous administration here. We are contemplating the future. From my recent visits to four or five states, it is evident that there has been a noticeable shift (in support) and that momentum (for change) has begun,” Anwar remarked.

He stated that his camp is willing to collaborate with other opposition parties, including Mahathir’s, if they are dedicated to reforms.

The alliance of Anwar, which held 90 of the 222 members in the recently dissolved house, is the leading candidate. However, according to analysts, it would need to form alliances with smaller opposition parties to ensure that votes are not split.

The Election Commission will convene on October 20 to establish a date for the election, which must take place within 60 days of the dissolution of parliament.