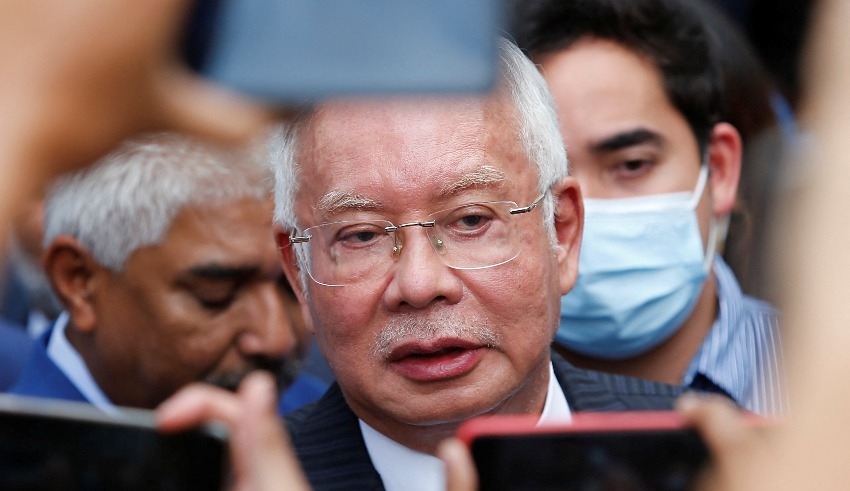 If it wins the election, UMNO will rush to get Najib Razak out from prison through a royal pardon and drop corruption accusations, according to Mahathir Mohamad
(c) Reuters

In August, Najib began serving a 12-year prison sentence after being convicted in the first of several trials involving the theft of billions of dollars from the state-owned fund 1Malaysia Development Berhad (1MDB).

Prime Minister Ismail Sabri Yaakob dissolved parliament on Monday in response to pressure from elements of the ruling United Malays National Organization (UMNO) who remain loyal to Najib and others charged with corruption, paving the way for general elections in the coming weeks.

The next day, Mahathir warned that UMNO would rush to secure Najib’s release from prison through a royal pardon and drop dozens of other corruption accusations should it win the election.

“Should they be able to win and establish the government, that is the primary purpose, not the welfare of the people,” said Mahathir, who served as prime minister twice.

Mahathir stated that the criminal prosecution of UMNO president Ahmad Zahid Hamidi, who faces 47 corruption allegations in a case unconnected to 1MDB, will also be abandoned.

Both Najib and Zahid have pled not guilty, claiming that they are the victims of a political vendetta.

In addition to other party officials, they were charged after UMNO lost the 2018 election for the first time in Malaysia’s history due to 1MDB and other corruption allegations.

Having commanded the country for 22 years until 2003, Mahathir came out of retirement to establish a coalition to unseat Najib, his former protégé, but the partnership fell apart in 2020, bringing an end to Mahathir’s second term as prime minister and letting UMNO to regain control.

Now 97 years old, Mahathir has stated that he will defend his parliamentary seat in the upcoming election and is willing to collaborate with anyone to defeat UMNO.

UMNO hopes to secure a large enough mandate in the 2019 elections to form the government without the coalition partners it had under Ismail’s administration.

Global financial institutions and high-level officials have been involved in the 1MDB crisis, despite Najib’s assertion of political retribution. At least six nations initiated inquiries.

Investigators have determined that around $4.5 billion was stolen from 1MDB, which was co-founded by Najib during his first year as prime minister in 2009, and that more than $1 billion was transferred to accounts associated with Najib.

According to the United States Department of Justice, this is their largest kleptocracy investigation.

Najib has stated that 1MDB personnel misled him.

Other opposition leaders have also criticized UMNO for pushing for early elections during an economic downturn.

Lim Kit Siang, the head of the opposition Democratic Action Party, said in a statement, “One of the explicit or implicit goals of UMNO in the general election is to absolve Najib and the other perpetrators of the 1MDB affair of criminal culpability.”