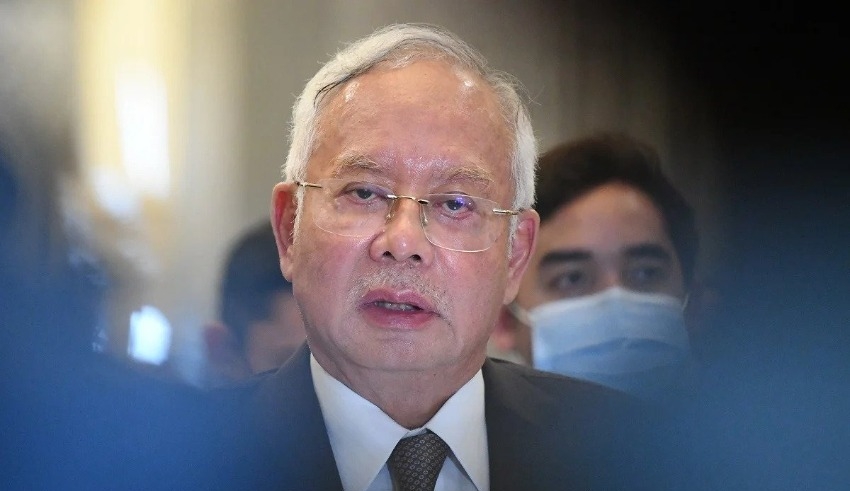 Najib Razak, former prime minister of Malaysia, has decided to drop his civil complaint of accusing the Malayasian government of engaging in unjust prosecution.
(c) The Edge Markets

Najib Razak, who served as prime minister of Malaysia previously, has decided to drop his civil complaint accusing the government of engaging in unjust prosecution.

In light of this development, reports from the Malaysian media indicate that the former Attorney-General Tommy Thomas is now the only defendant in the civil lawsuit brought by Najib.

According to Malaysiakini, Najib’s legal team submitted the notice of discontinuance of the civil complaint on Thursday. The lawsuit had been brought against the government.

The message, on the other hand, did not elaborate on the reasons behind the change.

Najib is seeking a declaration that Mr. Thomas committed misfeasance in public office as well as damages of RM1.9 million (US$422,000) in the lawsuit that he has filed.

In October of the previous year, his legal team initiated the legal action against Mr. Thomas and the government, saying that many criminal proceedings against him had been prosecuted in an unlawful manner.

During that time period, the New Straits Times (NST) reported that Najib, in his complaint, alleged that the charges against him were part of a move planned in advance by Mr. Thomas. Najib was the former Prime Minister of Malaysia. Najib further asserted that the allegations were in accordance with the policies of the Pakatan Harapan (PH) government that was in power at the time.

Between May 2018 until February 2020, Mr. Thomas served as the Attorney General in the PH government coalition when it was in power.

According to an article published by NST, Najib claimed that in 2015, Mr. Thomas had met with Dr. Mahathir Mohamad to discuss Najib’s alleged malfeasance and mismanagement of the finances belonging to 1Malaysia Development Berhad (1MDB).

In addition to this, it was believed that he counseled Dr. Mahathir to initiate both civil and criminal proceedings against Najib for his role in 1MDB.

Several criminal trials connected to 1MDB are now being conducted against Najib. Ongoing are the legal proceedings over the 1MDB-Tanore scandal and the alteration of a 1MDB audit report.

Najib is facing 24 charges related to the 1MDB-Tanore investigation, including four counts of abuse of power for allegedly benefiting himself with RM2.3 billion of cash from 1MDB and 21 counts of money laundering for allegedly laundering the same amount.

In addition, Najib and Mohd Irwan Serigar Abdullah, the former secretary general of the Finance Ministry, are jointly charged with criminal breach of trust concerning RM6.6 billion of money connected to International Petroleum Investment Co. (IPIC). The court proceeding on the IPIC case has not yet begun.

Najib was unsuccessful in his final appeal against his conviction for corruption and abuse of power regarding funds belonging to the 1MDB unit on August 23. The conviction was handed down by SRC International. He is currently serving out his sentence of twelve years in the Kajang Prison.

Najib has submitted a petition requesting that the decision of the highest court be reconsidered. In addition to that, he has submitted a request to the king for a royal pardon.

According to The Edge, Najib was present at the civil suit proceedings relating to his case on Friday. He was reportedly accompanied by a few prison guards and had his wife Rosmah Mansor seated behind him.

The motion that Najib made for him to physically attend the civil proceedings was granted by the High Court on Monday.