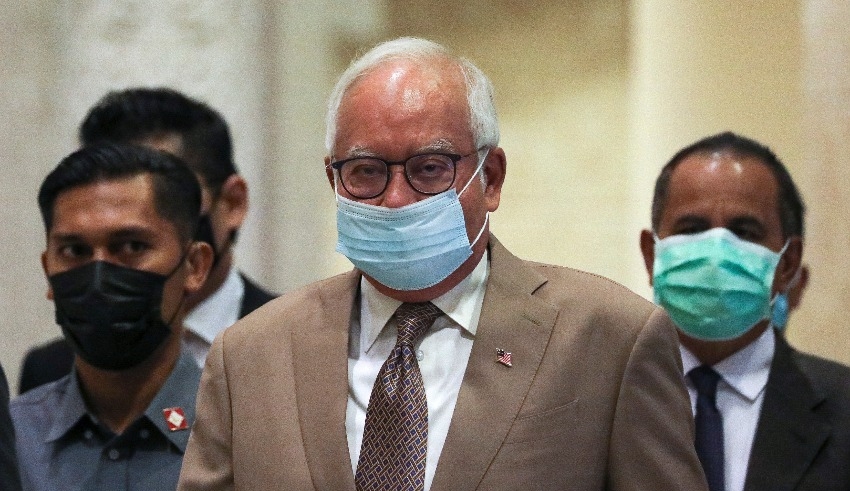 Former Malaysian Prime Minister Najib Razak submitted a plea to the Federal Court of Malaysia to postpone the hearing of his appeal against a guilty verdict.
(c) Benar news

Former Malaysian Prime Minister Najib Razak submitted a plea to the Federal Court of Malaysia to postpone the hearing of his final appeal against a guilty verdict in the SRC International Sdn Bhd case. However, the request was unanimously denied by the judges on the court.

According to Malaysiakini’s reporting, Chief Justice Tengku Maimun Tuan Mat ruled on Tuesday (August 16) that the parties are well aware of the hearing dates and should have made every effort to be ready for their scheduled appearances.

According to the Edge, she decided that the hearing will get underway on Thursday of this week.

The chief attorney for the defense was cited as saying that the defense team required adequate time to deal with the matter in The Edge. He insisted that he was not deliberately dragging out the appeal process.

There are 179 documents bundled together in total. My 45 years of legal experience have taught me that this is not a typical case, and there are important legal considerations to take into account. He predicted that there would be vigorous debate on the topic.

In 2014 and 2015, RM42 million (about $9.4 million) was transferred from SRC, a former subsidiary of 1Malaysia Development Bhd, into Najib’s personal bank accounts. The allegations brought against Najib, who served as prime minister from 2009 to 2018, contain this transfer.

In July of 2020, the High Court reached a verdict of guilty on all counts against him, finding him responsible for three counts of criminal breach of trust, three counts of money laundering, and one act of abuse of power.

On December 8, 2021, the Court of Appeal affirmed the conviction that had been previously handed down. In a later step, on April 25 of this year, Najib submitted a petition of appeal to the Federal Court.

Najib removed his principal defense lawyer, Muhammad Shafee Abdullah, from his appeal just two weeks before the hearing was supposed to begin.

The court was informed on July 26 that Mr. Teh from Messrs Hisyam Teh will be the principal counsel leading the appeal, and that lawyers from Messrs Zaid Ibrahim Suflan TH Liew & Partners will be acting as co-counsels in the case.

Chief Justice Tengku Maimun said in her reasons for decision on Tuesday that despite Najib being well aware of the hearing dates, he chose to dismiss his previous team of solicitors and select a new one instead of waiting until the last minute.

“This is his right to do so, but when he has taken that decision, he cannot turn around and say that his new counsel is not ready to proceed with the hearing of the appeals. This is not acceptable.”

The Chief Justice continued by saying that granting an adjournment would be the easier alternative, which would result in a significant waste of public monies.

“The appellant must be dealt in the same manner as any other accused person in accordance with Article 8 of the Federal Constitution and the rule of law.”

Judge Mohd Nazlan has been elevated to the position of judge on the Court of Appeal.

Mr. Teh was quoted as saying that the judge had a conflict of interest because of his roles in Maybank’s involvement in the formation of SRC, Maybank’s loan of RM140 million to Putra Perdana Development Bhd, of which SRC was the beneficiary, and Maybank’s loan of RM4.17 billion to 1MDB. This information was presented in a report by the Star.

The prosecution, on the other hand, stated that the judge’s former participation with Maybank was widely known, and that it was therefore absurd to assert that it was a truth that had been “recently discovered” or “deliberately repressed.”

On Tuesday, the application that was submitted by the defense was turned down by the Federal Court.

According to the Star, Chief Justice Tengku Maimun said the applicant had failed to articulate exactly what the requested extra evidence would indicate and that this was a failure on the applicant’s part.

She is cited as adding, “To our understanding, there is no miscarriage of justice,” and we agree with her assessment.

The five-person group came to an agreement without dissenting voices.

Later, when he was speaking to media in the lobby of the courthouse, Najib stated that he was “shocked and extremely unhappy” with the decision that the judges made about his request to introduce further evidence.

According to his words, “I hope in the final appeal, we will be able to show the truth of the case.”

His leading attorney, Mr. Teh, stated that the defense team needs to make a decision by Thursday regarding the next step in the process.
As this is the last lap of the main appeal, he stated that “we will give this very serious thought and consideration because this is the final lap.”