The Asian Affairs > Latest News > Health > Why has polio spread to London, New York, and Jerusalem? 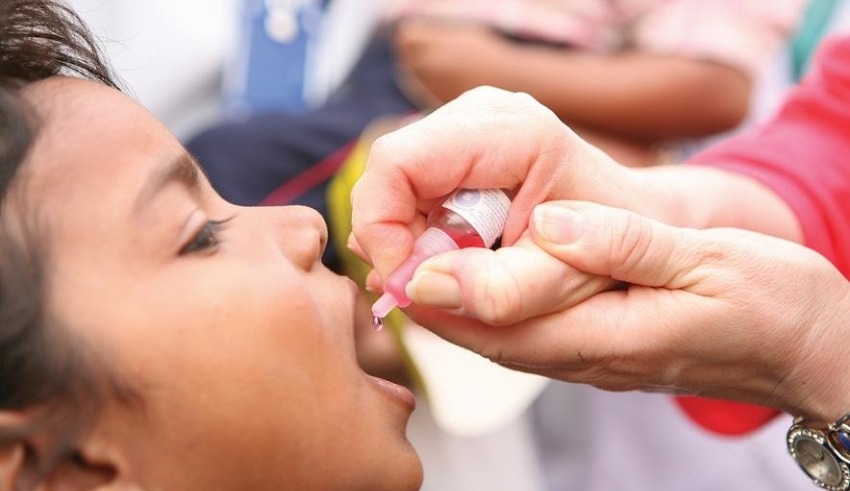 Poliomyelitis, a potentially fatal disease that used to paralyze tens of thousands of children each year, has recently been detected in various countries.
(c) American Association for the Advancement of Science

Poliomyelitis, a potentially fatal disease that used to paralyze tens of thousands of children each year, has recently been detected in London, New York, and Jerusalem for the first time in decades, which has prompted catch-up vaccination campaigns.

During the first half of the 20th century, the threat of polio struck fear into the hearts of parents all around the world. It primarily affects children under the age of five and, while it frequently does not create any symptoms, it is possible for it to cause symptoms such as fever and vomiting. It is estimated that one in every 200 infections will result in permanent paralysis, and of those individuals, up to 10 percent will pass away.

Even though there is no treatment for polio, the disease can be completely avoided thanks to the development of a vaccine in the 1950s. Nearly everywhere in the world, the wild form of the illness has been eradicated.

Afghanistan and Pakistan are the only nations left in which the highly contagious disease, which is primarily transmitted by contact with feces, is still considered to be endemic. However, imported cases were also detected in Malawi and Mozambique this year, marking the first time that these countries have had imported cases since the 1990s.

The most common types of poliovirus are types 1 and 2. In addition to the wild-type cases described above, there have also been isolated instances of a variant of polio called vaccine-derived polio.

This second kind has been found in wastewater in London, which is the capital of the United Kingdom, as well as in New York, which is located in the United States; there has been one instance of paralysis documented in the state of New York. According to the Global Polio Eradication Initiative (GPEI), a genetically related virus was also discovered in Jerusalem, Israel, and researchers are currently seeking to identify the connection between the two.

Although vaccine-derived polio is practically unheard of in the aforementioned regions, it is a well-known risk in other nations, despite the fact that outbreaks of the disease are extremely uncommon elsewhere. In 2021 alone, there were 415 cases of polio reported in Nigeria.

The cause of this condition is the administration of an oral polio vaccine that contained a weakened live virus. Children will continue to release virus in their feces for a few weeks after they have been vaccinated against the disease. This can then spread and mutate back into a hazardous variant of the virus in places where there is a lack of adequate vaccination.

Despite the fact that some nations, such as the United States and Britain, have stopped using this live vaccine, other nations continue to use it, particularly to put a stop to outbreaks. This allows for global transmission, particularly as people began to travel again after COVID-19, according to experts.

However, the majority of specialists concur that under-vaccinated populations continue to be the primary factor in both vaccine-derived and wild polio outbreaks. This was stated by Derek Ehrhardt, who is the global polio lead at the Centers for Disease Control and Prevention in the United States (CDC).

Before the pandemic, there was an increasing problem with vaccine hesitancy. Following the epidemic, COVID-19 caused the largest disruption to routine immunization in a generation, as stated by the United Nations.

In the year 2020, there were a total of 1,081 vaccine-induced cases of polio, which is approximately three times as many as the year before. Despite significant attempts to get immunization campaigns for polio back on track, there have been 177 cases of the disease reported so far in 2022.

According to specialists from around the world, including David Heymann, an epidemiologist at the London School of Hygiene and Tropical Medicine, the findings regarding wastewater are still a wake-up call for parents with one crucial message: protect children by getting them vaccinated.