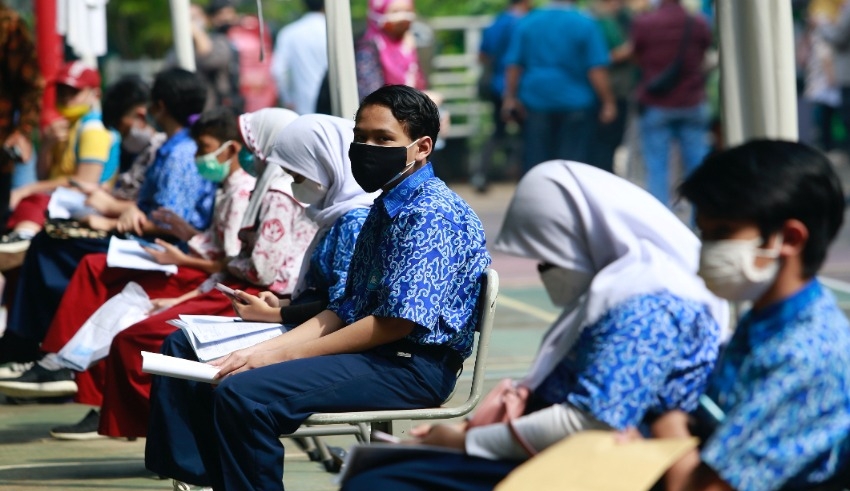 President Joko Widodo announced on Tuesday that Indonesia has been able to successfully control the COVID-19 outbreak while also increasing its economy.
(c) Reuters

President Joko Widodo announced on Tuesday that Indonesia has been able to successfully control the COVID-19 outbreak while also increasing its economy (Aug 16).

In addition to this, the Indonesian head of state stated that their country has been able to maintain its position of global leadership despite the heightened geopolitical tensions.

During his remarks at the annual State of the Nation Address, which took place the day before the nation celebrated its 77th anniversary of independence, he stated that “Indonesia is one of the countries that has successfully controlled the COVID-19 pandemic.”

He went on to say that Indonesia is one of the top five countries in the world in terms of the amount of vaccinations that have been given, with a total of 432 million doses having been given.

The president, who goes by the moniker Jokowi and is generally recognized as such, recently announced that the country’s economic growth in the second quarter was up 5.44 percent year-on-year. It was the year’s highest pace of growth ever recorded.

According to what he said, up until the middle of this year, Indonesia’s state budget had a surplus of 106 trillion rupiah, which is equivalent to $7.18 billion USD.

How is Indonesia’s fuel prices doing?

During his speech, Jokowi mentioned the preparations being made by the election commission for the elections that would take place in 2024.

He stated, “I want to remind you that there should not be any more identity politics. No more politicising religion.”

“No more social polarisation. Our democracy must be mature.”

In the most recent election, which took place in 2019, Mr. Widodo ran against Prabowo Subianto, who is currently serving as the minister of defense. The election has been described by a number of commentators as the most divisive in the annals of Indonesian politics.

On Tuesday, Mr. Widodo stated that the international community’s trust in Indonesia had “raised substantially” and that this was another accomplishment for Indonesia.

According to him, Russia and Ukraine have acknowledged Indonesia’s potential role as a bridge to world peace.

He continued by saying, “In 2022, we will be the President of the G20, which is an organization of the 20 largest economies in the world.” Next year, we shall preside over ASEAN as its chairman.

This indicates that we are at the top of the global leadership hierarchy and have a fantastic opportunity to create international collaboration.

Late in the month of June, Mr. Widodo became the first Asian leader since Russia’s invasion of Ukraine to travel to Moscow and Kyiv. During his time there, he offered to serve as a diplomatic bridge between the two parties.

In addition to presiding over the G20 this past month, Indonesia also presided over a conference of foreign ministers, which was attended by representatives from both Russia and Ukraine.

For the first time since the COVID-19 epidemic, all of the nation’s lawmakers were present during the President’s State of the Nation Address on Tuesday.

Over the course of the previous two years, the address was delivered in front of a select group of members of parliament, while the remaining members watched it online.

In the later part of today, Mr. Widodo is going to present the state budget for the year 2023.