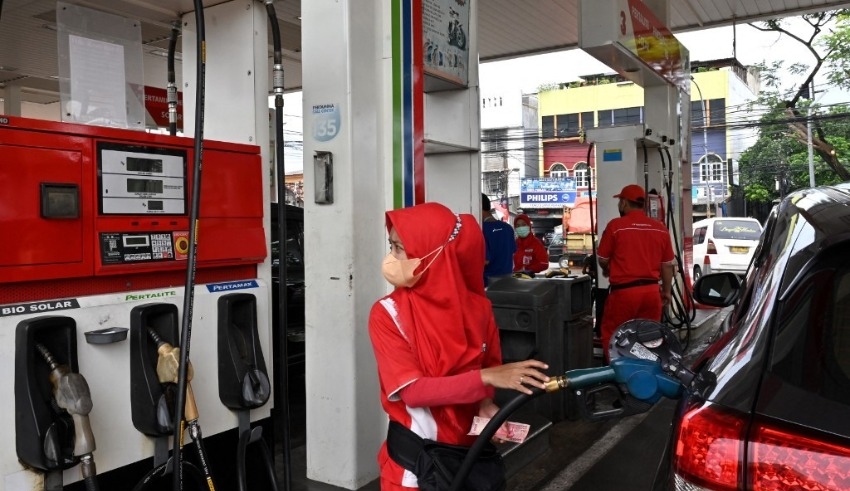 According to reports, Indonesia's energy minister said that they intend to increase the price of fuel in order to rein in the rising costs of energy subsidies.
(c) The Jakarta Post

According to reports in the media on Monday, Indonesia’s energy minister was quoted as saying that the country intends to increase the price of fuel in order to rein in the escalating costs of energy subsidies.

As stated by Energy Minister Arifin Tasrif, who was mentioned by many local media outlets, including the news website Bisnis.com, the price increase would be accompanied by new regulations on the sale of subsidized fuel, which will be announced this month.

Reuters’ request for comment from government representatives in the country’s ministries of energy, finance, and economics was not met with a response.

Pertamina, a state-owned energy company that sells fuels with price subsidies, declined to comment on the matter, stating that the government was responsible for setting fuel prices.

Indonesia has requested that Pertamina restrict sales of subsidized fuel

This year, Indonesia has tripled its energy subsidy budget to a total of 502 trillion rupiah, which is equivalent to $34.06 billion. This was done to maintain the rates of subsidised gasoline and diesel, as well as some power tariffs, in the face of rising global energy prices.

Officials from the ministry of finance stated last week that due to rising demand for petroleum, that amount may no longer be sufficient.

In his most recent public appearances, President Joko Widodo has stated that the energy subsidy allocation for this year is excessively high; yet, he has not announced any sort of proposal to increase the cost of fuel.

According to the central bank, the sizable subsidy budget is what has helped the largest economy in Southeast Asia keep inflation relatively low this year. As a result, monetary officials now have the flexibility they need to delay interest rate hikes. The Bank of Indonesia is one of the few Asian central banks that has not raised its benchmark rate from the levels it was at during the pandemic.

According to Reuters, Said Abdullah, a senior member of the Indonesian Democratic Party of Struggle (PDI-P), the political party of the president, said that fuel prices should be raised twice this year in order to manage the increasing fiscal burden. He suggested that the first increase be made by the end of August.

According to Abdullah, who is the leader of the financial committee in parliament, the government should also increase expenditure on support for the poor in order to assist them in coping with the impact of the price spikes.