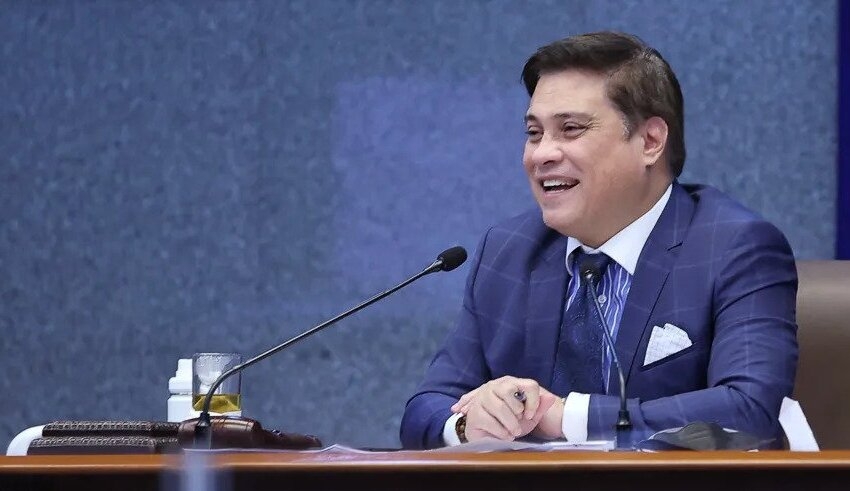 According to a statement released by the Chinese embassy, the rumor that there is a "tourist blacklist" which contains the Philippines is false information.
(c) Rappler

China on Tuesday evening, October 11, disputed allegations that it had listed the Philippines on a blacklist for Chinese tourists due to the Southeast Asian country’s internet gambling operations, labeling these accusations “misinformation.”

“China has not placed the Philippines on its tourism blacklist,” the Chinese embassy told the media on Tuesday evening. The report of a “tourist blacklist” is untrue.

The correction was given a day after Senate President Juan Miguel Zubiri said during a Senate session that China has placed the Philippines on a “blacklist of tourist destinations.” Monday, October 10, Zubiri reported that Chinese Ambassador Huang Xilian conveyed the information with him during a courtesy call.

Zubiri, referring to his conversation with Huang, stated that China had expressed concern for the safety of Chinese nationals following the discovery that Philippine offshore gaming operators (POGOs) were linked to crimes such as sex trafficking, corruption, money laundering, and document forgery, among others.

When asked to comment on China’s recent denial of his statement, Zubiri stated that it may have “been lost in translation.”

“Perhaps the meaning was lost in translation, but the good ambassador meant that we might be banned,” he told reporters.

Nonetheless, Zubiri stated that Huang was the one who used the term “blacklist.”

“Therefore, if POGOs continue to multiply in our country, there is a good potential that our country is already on the list or could be added to it,” he stated.

Zubiri continued, “We respect the comment he made today as one of prudent diplomacy, as I am certain he does not wish to set off diplomatic alarm bells regarding this issue.”

Putting aside the latest statement from the embassy, the president of the Senate stated that China’s attitude remained unchanged.

The Senate leader maintained his position on Wednesday morning, stating that Huang had consented to his bringing up the topic during a Senate session on POGOs.

“Senator Gatchalian was present, and I informed him that he has a hearing tomorrow. Is it acceptable for me to mention some of these at the hearing?” He replied, “‘Absolutely,'” Zubiri told ANC in an interview.

Zubiri told Senate reporters on Wednesday morning that it was “regrettable” that the Chinese embassy had branded previous statements on the topic as “misinformation.” According to Zubiri, this gave the impression that he was circulating incorrect information.

“The blame falls on the ambassador. He brought up blacklisting. Perhaps he made an error. However, we stand by our statement that the ambassador repeatedly used the term “blacklisting,” he said.

When initially pressed to clarify Zubiri’s claims, China stated that tourism was a “essential component” of bilateral relations. Additionally, the embassy stated that it was in “close communication” with Philippine law enforcement agencies and had “stepped up collaboration” in a crackdown against POGO-related criminal acts targeting Chinese nationals in the Philippines.

The president of the Senate expressed alarm over potential losses should the Philippines be placed to China’s blacklist. As of 2020, China was the second greatest source of tourists to the Philippines, with each visitor anticipated to spend approximately $1,000 on shopping alone.

As a “threat” to social order, the Chinese government has long opposed POGOs, which flourished under the previous regime of former Philippine president Rodrigo Duterte. In 2019, Beijing even requested that the Philippine government ban all internet gambling, but Duterte refused.

In contrast to Duterte, the Marcos administration has signaled willingness to ban POGOs, with Finance Secretary Benjamin Diokno citing the “social cost” and “reputational danger” associated with their operations.

Beijing initially announced that it had a blacklist of offshore gambling destinations in August 2020, and then added further destinations in January 2021. The aforementioned list is not public.

Malaysia and Myanmar are also gambling centers in Southeast Asia, in addition to the Philippines.