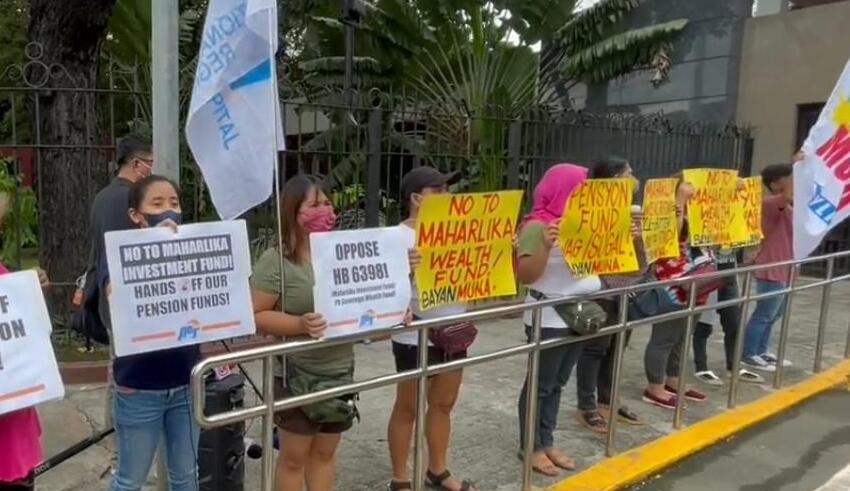 The most the Presidential Palace has said about it is in a press release from the Office of the Press Secretary, which says that the GSIS president supports it.
(c) GMA

As December approached, the planned sovereign wealth fund, or Maharlika Wealth Fund, including around P275 billion that the government would pool from pension funds and banks to invest in large-scale national projects and other assets, dominated political discourse.

Everyone has contributed their two cents to the discussion. In an effort to downplay the worries of the proposal’s detractors, administration aides drew attention to a measure that the former senator had previously sponsored.

President Ferdinand Marcos Jr., who allegedly gave the idea his blessing, is the only important official who has remained conspicuously silent over the Maharlika fund.

In reality, an amendment to House Bill No. 6398 appoints the president of the Philippines as the chairman of the government agency that would oversee the Maharlika fund.

The budget department stated in a press release that the economic team supported the proposed law, with Budget Secretary Amenah Pangandaman stating that it would assist the Marcos administration accomplish its “Prosperity Agenda.” In addition, economic administrators stated that the bill’s safeguards and processes would prevent the fund from being mishandled.

Not the President, but Government Service Insurance System (GSIS) president and general manager Arnuldo “Wick” Veloso, was mentioned in a news release issued by the Office of the Press Secretary in which the controversial measure was discussed.

“We would like the public to know that this is an opportunity for us to contribute to the growth of the country,” said Veloso on state-run Radio Pilipinas. “Whatever investments we make here will benefit the members of the Government Service Insurance System, and we are there at the Maharlika Board to ensure that the investments are safeguarded while also contributing to nation-building.”

The fund, as defined by Veloso and the bill’s creators and backers, is a long-term investment intended to boost the nation’s wealth. Globally, sovereign funds are common. But what distinguishes the proposed Maharlika fund is its source: Filipino pensions.

Globally, the majority of sovereign funds are financed by a country’s budget surplus or the sale of its assets, particularly oil in the case of oil-producing nations.

Critics have pointed out that the planned Maharlika fund poses a threat to pensions at a time when the global and domestic economies are in decline.

The plan is undergoing committee deliberations in the Marcos-aligned House, where its passage appears to be proceeding in record pace. Rep. Joey Salceda of the 2nd District of Albay has stated that the goal is to approve it on third reading by the end of 2022, while Rep. Irwin Tieng of the 5th District of Manila, who leads the committee handling the law, says there is no deadline for its passage.