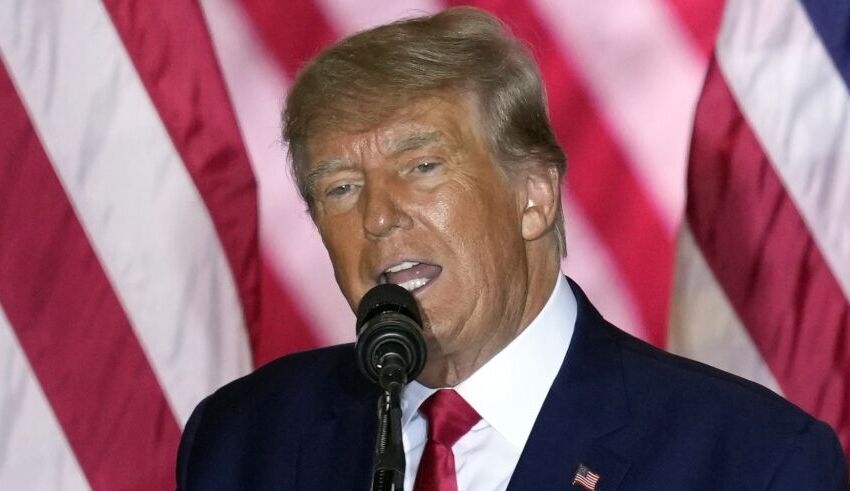 The Trump Organization has to pay up to $1.6 million after being found guilty of all charges, which include planning to cheat the government out of taxes
(c) Los Angeles Times

Donald Trump’s real estate corporation was convicted on Tuesday, December 6, of participating in a 15-year-long plot to cheat tax authorities, adding to the former president’s legal difficulties as he bids for reelection in 2024.

The Trump Organization, which runs hotels, golf courses, and other real estate worldwide, was found guilty of paying personal expenditures to key officials, including former chief financial officer Allen Weisselberg, and sending them bonus cheques as if they were independent contractors.

The corporation faces fines of up to $1.6 million after being found guilty of all allegations, including tax fraud conspiracy, conspiracy, and fabricating business documents. Trump was not indicted in this instance.

The trial in New York state court was presided over by Justice Juan Merchan, who set the sentencing date for January 13.

Although the penalties is not likely to be significant for a corporation of the magnitude of the Trump Organization, the conviction might hinder its ability to conduct business.

Weisselberg, 75, testified as the government’s star witness in exchange for a five-month prison term as part of a plea agreement.

The case was brought by the office of Manhattan District Attorney Alvin Bragg, who described the decision as “quite fair.”

“The former president’s corporations have been found guilty of crimes,” Bragg said in the New York courthouse following the judgment, referring to the Trump Corporation and Trump Payroll Corporation, the two Trump Organization subsidiaries found guilty.

Bragg did not reply when asked if he regretted not prosecuting Trump in the case.

He has indicated that the probe against Trump is ongoing.

Alan Futerfas, an attorney for the Trump Organization, stated that the organization will file an appeal and that the criminal statute regulating corporation culpability was ambiguous.

After the verdict, he told reporters, “It was essential to the case.”

The jury deliberated for around 12 hours over the course of two days.

The case centered on allegations that the company paid personal expenses, such as free rent and car leases, to executives, including Weisselberg, without reporting the income and gave them bonuses as non-employee compensation from other Trump entities, such as the Mar-a-lago Club, without withholding taxes.

During the four-week trial, it was revealed that Trump personally signed the yearly bonus checks, paid private school tuition for Weisselberg’s grandkids, authorized the lease for his fancy Manhattan residence, and permitted a salary deduction for another employee.

“The entire story that Donald Trump was blissfully oblivious is simply not true,” prosecutor Joshua Steinglass told the jury during his final statement on Friday.

He stated that the “smorgasbord of rewards” was intended to retain “happy and loyal” executives.

Trump, who began his third presidential candidacy on November 15, stated in a statement that he was “disappointed” by the judgment but referred to the case as a “Manhattan witch hunt.” Bragg and his predecessor, Cyrus Vance, who initiated the accusations, are both Democrats.

The US Department of Justice is investigating Trump’s management of secret government records after he leaves office in January 2021, as well as his attempts to reverse the November 2020 election he lost to Democrat Joe Biden.

The Trump Organization’s attorneys maintained that Weisselberg carried out the scam for his own gain, not the company’s. They attempted to portray him as a disloyal employee. Weisselberg is now on paid leave and said that he anticipates receiving an additional $500,000 bonus in January.

Trump said on his Truth Social platform on November 19 that his family had “no economic benefit from executive actions.”

Weisselberg, who pleaded guilty in August to hiding $1.76 million in income from tax authorities, said that despite the fact that Trump signed the checks in question, he did not plot with him.

He stated that the firm saved money by covering his rent, electricity, Mercedes-Benz leases for him and his wife, as well as other personal costs, rather than increasing his compensation, as a salary increase would have had to account for taxes.

He said that Trump’s two sons, who took over the firm in 2017 and were aware of his tax avoidance strategy, offered him a raise.

Trump was president at the time, and the corporation was ready for more scrutiny.

“Since Mr. Trump is now president, we were undergoing a comprehensive cleansing of the corporation,” Weisselberg stated in court.